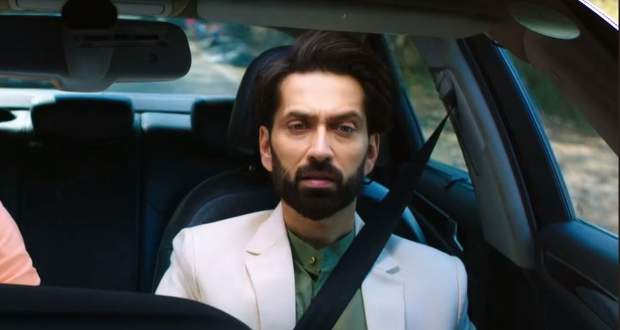 While Priya is in the manager's cabin, she hears his call with his wife regarding their daughter's tuition.

Priya offers to help him get his daughter admitted in her tuition and asks for a favor in return.

Before Priya mentions the accident, Ishaan arrives there and she decides to talk about it later.

When Ram returns, Priya suggests that she can help the manager and in return, he will give Ram the information.

However, Ram refuses to put Priya's life at stake and Krish supports his decision.

In the meantime, Shashi pushes Varun to the ground in anger.

Shashi says that if he can kill Varun and throws his body into the ocean then no one will find out yet he has spared his life.

Varun gets up and shows attitude by saying that Shashi won't kill him because he wants the share-transfer papers before it gets into Ram's hand.

On the other hand, Shivina starts cooking for Ram unaware that Ishaan has messed up with the recipe.

Meanwhile, after Ram gets ready with the microphone and mic to go to meet the manager, Priya goes to talk to him.

Priya indirectly tries to convince Ram to let her accompany him to the meeting.

Further, Nandini and Shubham suggest that Priya should go to meet the manager and Shubham can accompany her.