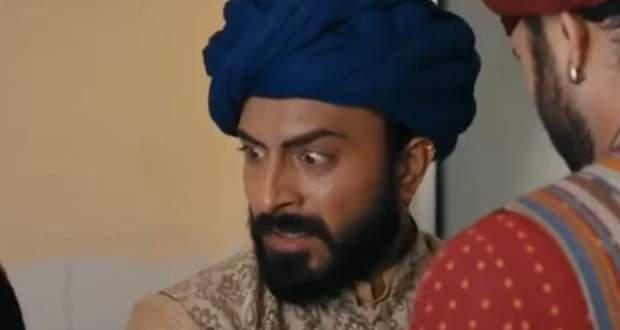 Leela calls her husband to ask when he will be coming for the ceremony.

He comes and gives Anandi his blessings and then goes to meet Khimji.

Hetal asks Leela when is she going to make Ratan an Aunt.

Hetal also tells she knows many people who can help if she has any problem.

Leela's husband is angry with her as she couldn't conceive a child.

Ratan's doctor visits them and tells Khimji that Ratan should be resting instead of attending such functions.

Khimji tells her not to worry and that Ratan is resting.

Everyone gives their blessings and gifts to Anandi and Ratan.

The doctor is shocked when she comes to know Khimji and Bhaila have decided to marry Anandi to Jigar even before her birth.

Leela comes to give her blessings to Anandi but Hetal tells that Leela is a Bhaanj (women who couldn't conceive a child) and should not be near Anandi.

Hetal tells that this is the only house where a Bhaanj gives blessings to a child and a widow dances in a function.

Hetal and Baa get into an argument so Bhaila asks Hetal to leave.

While the doctor is leaving Khimji tells her that he will take care of Ratan and Anandi.

Hetal tells Naagji everything that happened at the function.

Naagji tells he will take the revenge of this. Ratan suddenly fells unconsious and everyone rushes towards her.

Jigar's ball goes under Anandi's Jhulaa. When he takes out his ball, Anandi's Jhulaa along with Anandi fells on the ground while Baa shouts witnessing it.

© Copyright tellybest.com, 2020, 2021. All Rights Reserved. Unauthorized use and/or duplication of any material from tellybest.com without written permission is strictly prohibited.
Cached Saved on: Friday 3rd of December 2021 11:08:27 AMCached Disp on: Monday 6th of December 2021 07:14:56 AM