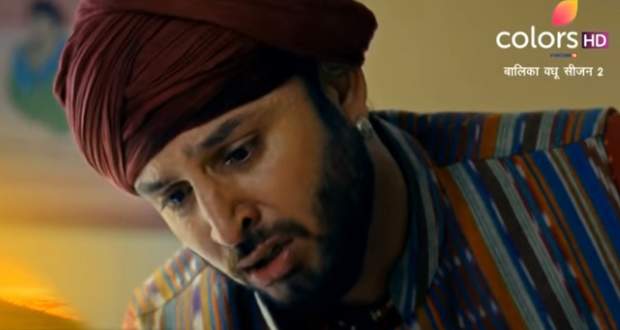 Today's Balika Vadhu 2 11 August 2021 episode starts with Anandi falling from the cradle and falling unconscious while the doctor comes there.

The family gets worried as both Ratan and Anandi are unconscious.

Premji scolds Jigar for playing near Anandi and making her fall while the doctor sends Leela to get the medicines from the hospital.

Premji prays to God to save Anandi and Ratan and vows to be barefoot until then.

Leela gets the medicines from the hospital and rushes back home while Premji and Khimji plead with her to inform them what is happening.

Both Anandi and Ratan regain consciousness while the doctor praises Leela saying she saved them.

Leela takes Anandi in her arms and they all come outside where the doctor tells everyone that Leela is very lucky for them as she saved both mother and the child.

Sharda asks Kadvi Baa why she got Leela married such young while Kadvi Baa gets emotional and says that she wanted her daughters to study but luck wasn't with her.

Later, Leela is unable to find her gold bangles and asks her husband about them.

He reveals that he has loaned them to get the gift for Anandi and she tells him that he should have asked her for money.

His husband starts slapping her and then gets intimate with her against her will.

Khimji's man comes there and informs him that the band is disapproved of the loan.

Premji comes there and gifts him mangos while he gets upset seeing Khimji still barefoot.

Later, both the family are at the temple doing rounds when Premji surprises Khimji with a pair of shoes for him.