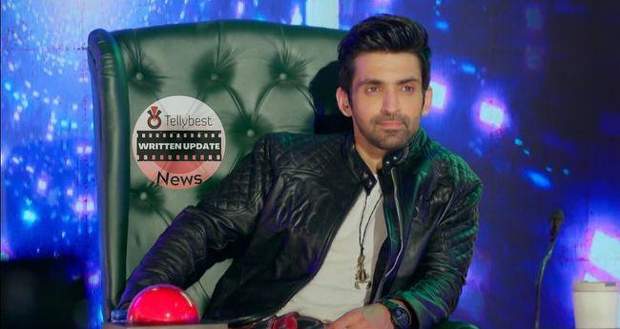 Meanwhile, Manini gets angry and tells Yuvan that she's angry that Yuvan didn't get to sing.

On the other hand, Banni stops Debraj from contacting the organizers to have Yuvan be given a chance to sing and states that they should worry about Manini as Yuvan must have told her by now.

Back in Manini's room, she tries to convince Yuvan to let go of his dream of becoming a singer and come to the office with her.

However, Yuvan refuses saying that he can not do that as he wants to make Banni happy by becoming a singer.

At night, Banni is making a dinner plate while Manini comes there and tries to discourage her from having Yuvan follow his passion.

Banni gives a sharp reply to Manini telling her that she will be insulted not only in the city but the whole of India next time if she tries to stop her and Yuvan.

Later, Yuvan sees Banni's tension and makes her close her eyes and put her hand where her heart should be and telling her to let go of all her worries.

Just then, Banni gets a call from Myra who gives her Agastya's live location and tells her to reach there with Yuvan immediately.

Meanwhile, Manini orders Viraj to guard the house and makes sure that Banni and Yuvan do not leave the house.

However, Banni tells Yuvan that they are playing a game of hide and seek but gets discouraged as she sees Viraj guarding.

Coming to Banni and Yuvan's rescue, Charmi comes there and tells Banni to help Yuvan reach his dreams while she takes care of her husband.

Charmi dances in front of Viraj sensually and further takes him back to their room while Banni and Yuvan escape from there.

Elsewhere, Agastya completes his shoot while the actress asks him out for a cup of coffee.

However, Agastya lies that he hates coffee and turns down the actress.