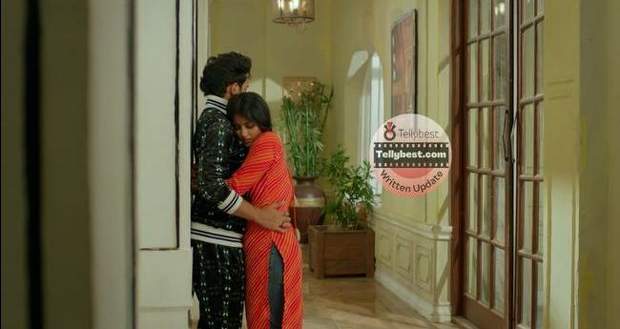 She then starts thinking about how she once found Kabir sharing his memories with Tulika.

Banni enters the room at the same time and informs Kabir that she has done nothing wrong behind his back.

With an angry growl, Kabir orders Banni not to lie to which Banni replies that she is sure that Kabir’s helper has done it.

When Kabir mentions that his helper will not do any such thing, Banni taunts Kabir by saying that this person wants to control him so he/she will do anything.

Kabir then angrily mutters that this person has been given the wrong medicines to Yuvan since his childhood.

He further adds that he sees eye to eye with this person every day without telling anyone but that does not mean he does not hate him.

Banni mentions Manini’s name but Kabir announces that this person, one of his family members is that person.

After angry Yuvan walks away, Banni tells herself that Manini was indeed telling the truth and the person who is responsible for Yuvan’s trauma is the same one who is helping Kabir.

A flashback then shows Banni taking a fake gun from Viraj while informing him that today they will finally learn who is responsible for Yuvan’s trauma.

Back in present, Banni gathers everyone in the hall and yells that someone has destroyed Kabir’s memories which has fumed his anger.

On one hand, Anchal taunts Banni by saying that Banni wants to marry Agastya; on the other hand, Hemant blames Veer for trying to send Yuvan to a mental hospital.

Devraj however orders everyone to stop blaming each other like this.

Veer and Anchal then urge Devraj to split the property among the family members so they can leave the house.

Kabir arrives there at the same time and questions everyone who scattered Tulika’s memories.

He further adds that Tulika is his childhood Bunty much to everyone’s shock and finding the gun on the table, Kabir points it toward Banni and orders her to stay quiet.

While Banni thinks whoever Kabir will point the gun to is the same person who gave Yuvan trauma, Kabir starts pointing the gun at everyone in the family.

Finally pointing the gun toward Devraj, Kabir questions him if he has scattered his memories and he shoots everyone in the family.

© Copyright tellybest.com, 2022, 2023. All Rights Reserved. Unauthorized use and/or duplication of any material from tellybest.com without written permission is strictly prohibited.
Cached Saved on: Tuesday 22nd of November 2022 11:30:53 PMCached Disp on: Thursday 1st of December 2022 11:11:02 AM