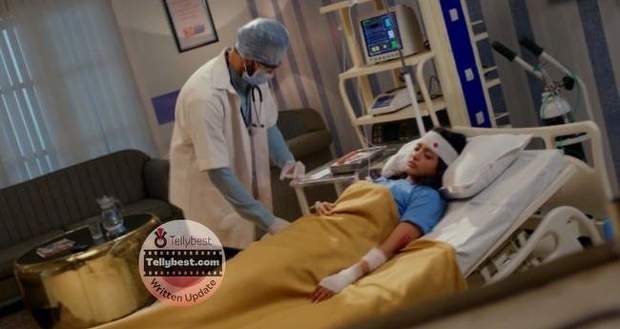 Yuvan however questions Banni if her plan will work and Banni announces that she trusts their rival’s mind.

Before leaving, Yuvan turns to Banni to tell her that he is increasing her security, and Banni smiles at him.

Later at home, Yuvan lies to each one of his family members that Banni will get a forensic report tonight.

He further informs everyone about how Banni has sent the fingerprints to the forensic before the competition but she wanted to catch the intruder herself that’s why she came home during the competition.

Hemant freaks out after hearing it but does not show it on his face and informs Yuvan that he needs to go to Bangalore for a business meeting.

Later, Yuvan calls Banni to tell her that he has circulated the news among everyone in the house and ironically he adds that Hemant or Devraj are not killers he knows it.

He also tells Banni that he is coming to the hospital despite Banni’s protest.

Meanwhile, Agastya visits Banni in her hospital room and reminds her that one more time she has risked her life for Yuvan.

When Banni questions Agastya if he is upset, Agastya replies that Banni and Yuvan’s love is very pure making Banni smile.

Agastya then walks away after telling Banni that he needs to go to a music concert and Banni bids her farewell to him.

In the night, when Yuvan comes out of Rathod’s mansion to go to the hospital, he finds one of his car tires punctured.

While Yuvan is busy repairing it, Hemant who is watching him from a distance whispers that Yuvan needs to arrive at the hospital late until he is done with his job.

On one hand, Yuvan is frantically trying to repair the car; on the other hand, Hemant is putting on the doctor’s cloth with a smirk.

Hemant enters Banni’s room despite the security guards as he is dressed as a doctor.

Hemant then thinks Banni must have seen the reports so she needs to die to keep his Vandana with him.

When Hemant is about to inject the injection into Banni’s body, her eyes flutter open and she attacks him.

She even snatches the mask from Hemant’s face but Hemant pushes her away.

On the other hand, Yuvan is running frantically to Banni’s room without caring about anyone in his way.

In the meantime, Hemant overpowers Banni and runs away from there through the window.

Yuvan enters the room just then and finds Banni walking weakly and scolds the bodyguards for not saving Banni.

On the other hand, Hemant tells himself that he loves Yuvan very much that’s why he gave him medicines to keep him as a man-child so Yuvan can stay with him forever.

He further accepts he sent Manini to jail as she tried to kill Yuvan.

Meanwhile, Banni who has seen Hemant’s reflection in the mirror before he runs away tells Yuvan this but Yuvan refuses to believe it because of his blind love for Hemant.

© Copyright tellybest.com, 2022, 2023. All Rights Reserved. Unauthorized use and/or duplication of any material from tellybest.com without written permission is strictly prohibited.
Cached Saved on: Wednesday 25th of January 2023 07:28:35 PMCached Disp on: Monday 6th of February 2023 11:59:35 PM