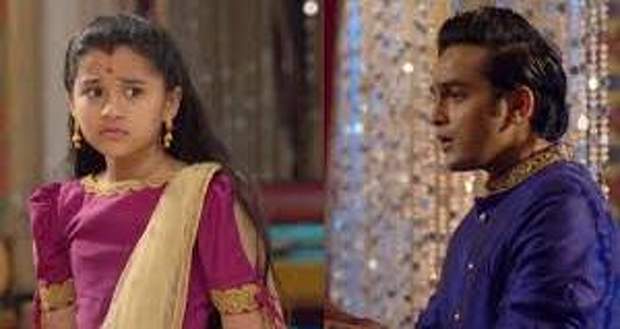 Today's Barrister Babu 4 March 2021 episode starts with Krantikari telling Anirudh to keep their contract secret so Anirudh agrees and leaves for his house.

The next morning Anirudh gets practice from Krantikari and Krantikari tells Anirudh to be prepared for tomorrow's plan execution.

On the other hand, Sampoorna distracts Binoy to get pregnant with Binoy’s child but Trilochan notices it.

Later, Trilochan warns Binoy to be careful with Sampoorna’s tricks to get children of their own.

As if Sampoorna gets her own children there can be a betrayal of Binoy’s other children.

The next day Anirudh gets ready to meet Krantikari while Bondita asks Anirudh it's Sunday today where are you going.

So Anirudh distracts Bondita by giving her a mirror and leaves.

Later, Anirudh reaches the location of Krantikari as per the plan.

Krantikari meets Anirudh and tells him to be careful while executing the plan as if something goes wrong their life will be in danger.

On the other hand, Bondita gets worried about Anirudh and suspects that Anirudh is doing something dangerous to pay Bondita’s school fees.

Further, Bondita decides to go in search of Anirudh but Anirudh had locked the door from outside.

So Bondita manages to get out of the house through the window and goes in search of Anirudh.