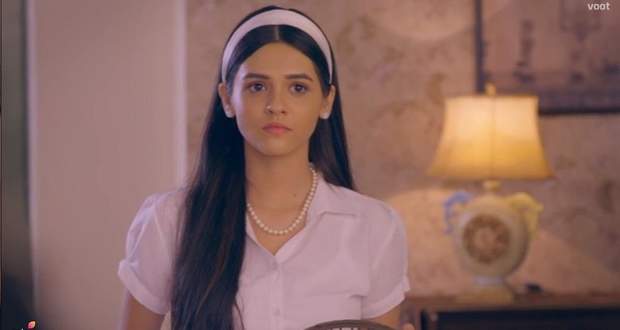 Today's Barrister Babu 14 Aug episode starts with Anirudh telling Saurav that Bondita is the right person for his project who can spread awareness among the womenfolk of the village.

Saudamini arrives there and questions him about the choice he made for his project. Anirudh takes a stand for Bondita and tells that she can bring a change in society and can easily convince people as she knows a bit of reading and writing.

Later, Bondita shows Anirudh’s degree certificate to Saudamini and reveals that she rubbed it nicely to remove the stains on it.

Saudamini gets shocked and shouts at Bondita for her stupidity. Bondita tells her she is uneducated and was not able to understand anything written on that certificate.

Saudamini plans to use it as her advantage to ruin the Bondita-Anirudh relationship, while Anirudh calls Bondita to come to his study room for some important work.

He hands over a sheet to her and tells her that she has to convey his message to the womenfolk through this speech.

Elsewhere, Saudamini does a drama of being sad in front of Soham and tells him that Anirudh broke her heart by giving his speech to Bondita.

Saurav fails in making Sampoorna understand anything about their so-called intimate relationship. He asks her to clear his family's misunderstanding and to tell them that she is not pregnant.

Bondita requests Soham to help her understand the speech, whereas Soham plans on teaching the wrong speech to her.