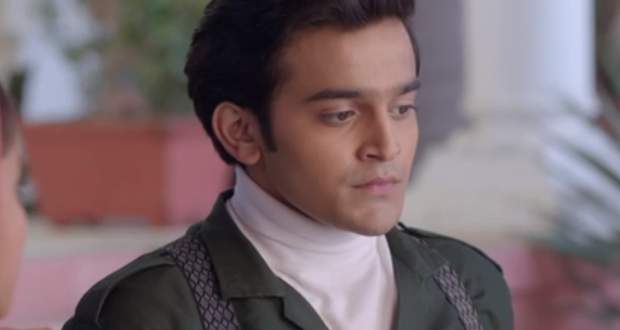 Today's Barrister Babu 27 Mar episode starts with Bondita being accused of spoiling the paper. Trilochan doesn’t let Bondita explain her part and asks to get her cleaned inside out.

Trilochan also accuses Bondita of not being an appropriate daughter-in-law. He further asks Anirudh to send Bondita back to her house.

Later, Bondita is happy to return to her mother’s house. Meanwhile, Saudamini consoles Anirudh and says he has not done anything wrong in marrying Bondita.

She further states that Bondita is very different from him and lives in dirt. She wants him to think if he can stay with her and her untidiness forever.

Saudamini asks him to send Bondita back to her house. Later, Trilochan asks Bondita to learn mannered behavior from her mother.

Saudamini hugs Anirudh from behind and asks him to send Bondita to her mother. Anirudh realizes reality and gets away from Mini. He remembers his promise of keeping Bondita safe and making her strong.

Anirudh rushes to stop Bondita and asks to get her back in the home. Trilochan questions Anirudh’s decision while he wants to teach Bondita himself.

Anirudh is not able to listen a word against Bondita while she is ready to go to her parents.