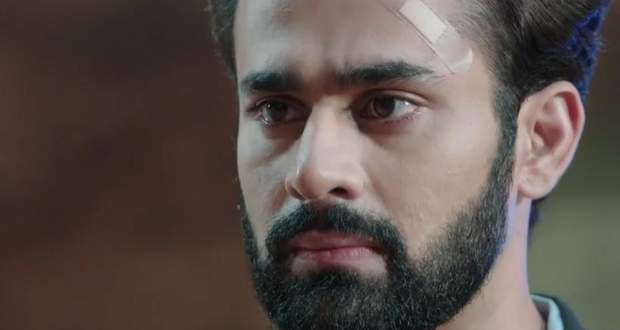 Today's Bepanah Pyar 2 Jul episode starts with Raghbir trying to commit suicide. Pragati is trying to break the door. She is successful in saving him on time. Raghbir calls Pragati by Bani’s name.

She gets angry with him and reminds him of many people who care about him.

He is sitting like a statue and Pragati starts fetching tie for him. Raghbir calls out Bani used to do the same things.

At the engagement party, Priya is waiting for Akshay’s call.

Pragati tells Raghbir that she knows about the significance of that day, and she understands how he feels. He shouts at her and tells her she can’t understand his feelings.

The pandit tells the couple to exchange rings. Everybody cherishes the beautiful moment expect Priya. At the same time, Raghbir enters with dhol and starts performing on a song.

Pragati is upset to see the condition and pain of Raghbir.  She can feel his pain.

Pragati comes in Priya’s room to console her. Priya blames her for her tears. She throws Pragati out of her room.

Outside the room, Pragati sees a girl in red saree and decides to follow her to know the whole truth.

She reaches the basement area and asks Bani what she wants to tell. There are signs of destruction in the room with a storm of wind.

Pragati sees mirror and finds Murder written on it. The whole scene plays in front of her in the mirror of that night. She sees a fence getting cut by someone and Bani falling.

Upcoming Bepannah Pyar episode update: Pragati gets shocked to see some photo frame in the basement.

© Copyright tellybest.com, 2018 & 2019. All Rights Reserved. Unauthorized use and/or duplication of this material without written permission from tellybest.com is strictly prohibited.
Cached Saved on: Saturday 6th of June 2020 07:47:37 PM