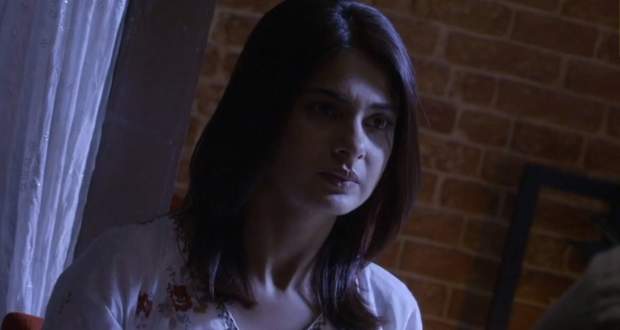 Today's Beyhadh 2 30 Mar episode starts with Vikram asking MJ the relation he had with Maya. MJ asks about Maya while Vikram says he also wants to meet her.

MJ tells Aamir that he is sure she is there and plans to get her out. Meanwhile, Maya wants Vikram to eat the dessert first and makes him eat the apple pie.

Vikram says he can eat poison as well for her. He eats the pie and falls down on the floor. Vikram says she can’t escape even if he dies while Vikram’s condition gets better.

He knows she has regained her memory and knows she cried for her mother’s death. Vikram says he has already seen her recipe on the CCTV footage.

He further states that anyone who comes in between them will have to die. Maya remembers the beautiful moments shared with Rudra while Vikram shows her the video of Rudra wanting to kill her.

Maya is heartbroken because of Rudra’s hatred towards her. Vikram says he loves her a lot and wants her to choose him. Meanwhile, MJ creates a false fire to set the fire alarm buzz.

Vikram wants Maya to leave with her while Maya knows it is MJ and he wants her to come out. MJ waits for Maya but receives a threatening letter from her which is in reality from Vikram.