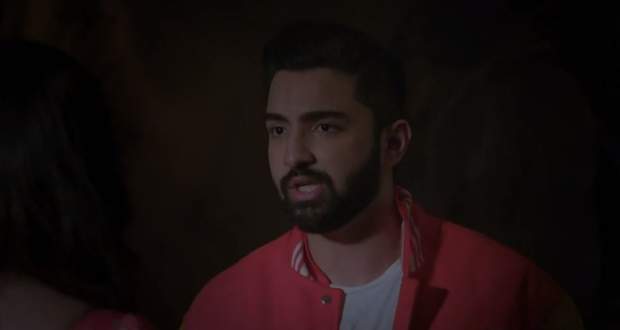 Today's Bhagya Lakshmi 10th May 2022 episode starts with Ayush calling the rescue team to urgently come to the old cave to save Rishi and Lakshmi.

Meanwhile, Rishi and Lakshmi are in the cave and Rishi tries to hit the wall to find an opening, but the entire cave starts to collapse.

Just then Ayush and Paritosh come to the place where Rishi and Lakshmi are stuck with the rescue team.

Lakshmi gets on the ladder first and Rishi gets hit by a rock.

Lakshmi remembers Panditji's warning and she goes back down trying to wake up Rishi but he lies unconscious. She holds him up and takes him to a safer place.

Ayush seems worried about both of them while an unknown person keeps taking photos of them.

Malishka gets to know that Rishi got hurt and now she is also worried.

Later, when Rishi gains consciousness, the first thing he asks about is Lakshmi.

The reporter who was taking pictures thinks he got a good story and he names it Savitri story.

Malishka comes to Rishi and also signals the fact that they have to leave for Mumbai.

Rishi comes back searching for Lakshmi and takes her with him.

Meanwhile, Neelam quickly assumes that the media has come here to ask about the arrest but it turns out they have come to ask about how Lakshmi risked her life for Rishi.

Rishi comes back and sees the chaos and thinks that whatever proves the media is showing is unreal but Lakshmi clarifies that he was unconscious and all those were real.

The media demands Rishi and Lakshmi's marriage pictures to publish. Lakshmi goes and tries to find a picture but Rishi hesitates and after a while, he chooses one picture and gives it to her, and leaves.

Neelam is worried for Rishi and tells Kiran that anyhow she will fix her mistake by pulling Lakshmi down.