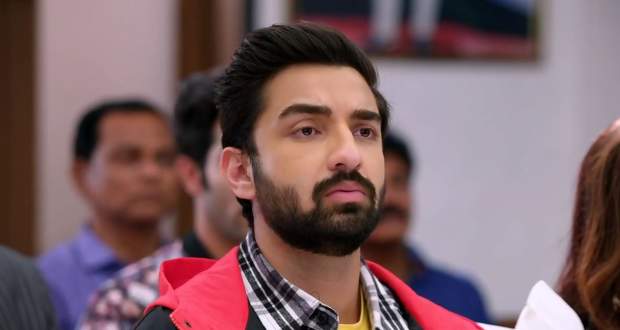 Today's Bhagya Lakshmi 11th April 2022 episode starts with Lakshmi getting hurt while walking out of the witness box.

Seeing this, Rishi runs towards her screaming her name.

Rishi scolds her for being careless and covers her wound with his handkerchief.

While Malishka and Neelam are furious about Rishi's actions, the judge watches Rishi and Lakshmi carefully.

Further, the judge calls Neelam to the witness box. Neelam says that she also does not want her son to be married to Lakshmi.

The judge says that she has made her decision. She mentions that on the outside, Rishi and Lakshmi wish to get divorced but she can see the hope for their reunion.

So, the judge orders Rishi and Lakshmi to stay under one roof for three months.

Lakshmi is delighted by the decision however, Rishi's family along with Ayush and Virendra are also upset with Lakshmi.

On the other hand, Rishi's Nani is also convinced that Lakshmi is selfish and only wants only.

In anger at the judge's decision, Rishi's Nani bursts out on Malishka and Neelam for being foolish.

In the meantime, Rishi tells Ayush that he trusted Lakshmi and liked her more than anyone else in his life.

Even Ayush agrees with Rishi and says that he never thought Lakshmi would ever hurt them so badly.

Meanwhile, at the Oberoi mansion, when Neelam asks Virendra isn't he happy because his daughter is returning home, he says that the girl who is returning is not her daughter anymore.