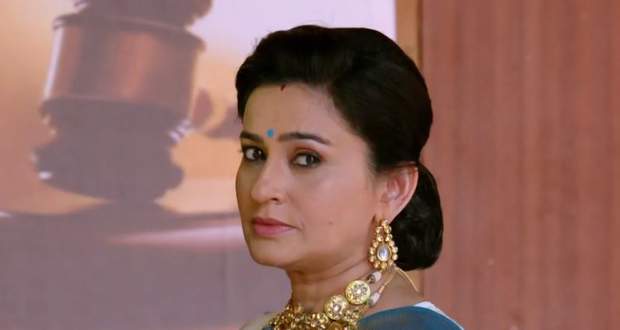 Today's Bhagya Lakshmi 12th April 2022 episode starts with Lakshmi deciding to tell Virendra, Ayush, and Dadi that she wanted to return just to ensure that Rishi is safe from the danger in his life.

On the other hand, with tears in his eyes, Virendra expresses his grief while saying that his daughter, Lakshmi amended complicated relations instead of breaking them herself.

Rishi's Dadi and Ayush agree to Virendra as they are also disheartened after Lakshmi signed the divorce papers.

Later, Lakshmi packs her belongings to return to the Oberoi mansion.

Meanwhile, Rishi is blamed by Malishka for showing extreme care for her which made the judge think that they still feel for each other.

At the Oberoi mansion, Rishi feels furious because his care is bringing Lakshmi back.

So, Rishi decides to do something that will break her heart and she'll leave his life on her own.

The next morning, Lakshmi arrives at the Oberoi mansion along with her sisters.

Neelam and Malishka advise her to return back and they'll lie to the court that she stays with Rishi.

However, Shalu speaks up and says that they do not wish to go against the court's order.

Further, Shalu makes sure that Lakshmi is welcomed like a newlywed bride.

After Neelam performs the rituals, she asks Rishi and Lakshmi to enter the house by holding hands.

Malishka burns in jealousy as she sees Lakshmi entering the Oberoi mansion again as Rishi's wife.