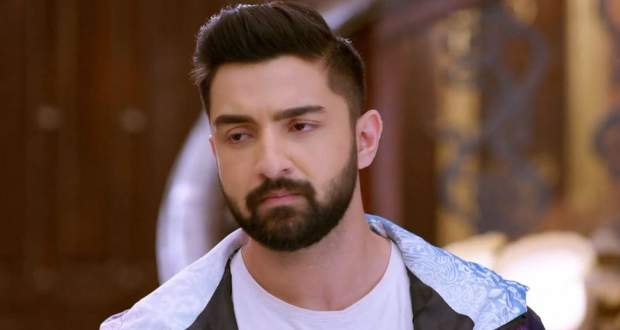 However, Rishi defends Lakshmi by claiming that Lakshmi will never do this.

Malishka also arrives there and tells Rishi that everyone knows Lakshmi's intentions except Rishi.

Before Rishi can say anything, Kiran enters the living room and orders Malishka to take her to Neelam's room.

After they leave, Rishi expresses his annoyance over Malishka behaving like his wife.

However, Virendra orders him firmly to adjust to it.

On the other hand, Bani tells Shalu that she misses Lakshmi that's why she has texted Lakshmi.

Later while everyone is sitting in the living room, Doctor Shiv arrives with two medical reports.

After announcing Dadi's negative report, he asks Karishma to bring sweets for him.

When Virendra asks why he says that the second report will generate happiness among the Oberoi family.

Hearing this, Karishma brings the sweets in confusion but Malishka takes them from her.

She then urges Shiv to confess the good news otherwise she is not giving him sweets.

Hearing this, Shiv tells them about Lakshmi's pregnancy which shocks everyone.

At the same time, Lakshmi also arrives there.

On the other hand in the Bajwa house, Rano scolds Bani and Shalu for informing Lakshmi about an earlier incident.

Meanwhile in the Oberoi mansion after reading the report, when Rishi stares at Lakshmi hopelessly, she walks away from there.

Seeing everyone's sour expression, Shiv runs away from there.

While Karishma is shouting at Rishi about this pregnancy, Dadi gives Ahana shagun for being bua.

Seeing Harleen's happiness, everyone including Virendra reminds her of Rishi and Lakshmi's divorce.

Malishka runs away from there and locks herself in a room.

Seeing Lakshmi, Bani breaks down in tears but before she can say anything Neha and Rano arrive there.

As expected, Rano sugar-coats Neha's behaviour by claiming that this kind of little thing happens in every house.

Elsewhere in the Oberoi house, while Virendra tells Karishma that they need to keep Lakshmi's pregnancy a secret, Kiran approaches them and accuses Rishi of not being careful.

Kiran shouts at Malishka for not getting pregnant first.