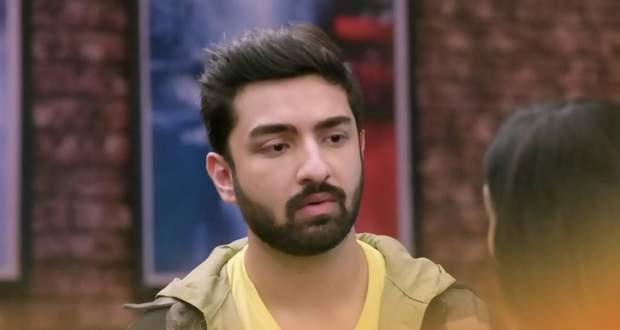 He asks Malishka about Balwinder.

This question makes Malishka flustered and she says that she does not know anything about Balwinder.

Elsewhere, Rishi informs Lakshmi that she is like his family and he will do anything for her till she is here.

Hearing about the time period, Lakshmi’s mood gets soured.

Rishi who knows Lakshmi very well, promises her that he will not remind her about the time.

After that, Lakshmi takes Rishi’s hand and promises him that she will always support him.

In Malishka’s room, Ayush informs her that he has noticed the way Balwinder was looking at her.

Malishka quickly dismisses it by saying that he is hallucinating.

Due to a lack of evidence, Ayush says that everyone will learn the truth once Balwinder wakes up.

Later during a discussion, Kiran tries to convince Neelam and others that Rishi is behaving like a kid.

However, Neelam announces that Rishi is doing the right thing as she also wants to know the name of the traitor.

In the living room, while Ayush plays saxophone to wake up Balwinder, annoyed Rishi orders him to stop.

Rishi even says that Ayush will pay for it.

After Rishi leaves, Lakshmi tells Ayush that Rishi is doing it for his family that’s why he is very desperate.

On the other hand, in the Bajwa house, Raano taunts Shalu for being late and orders her to cook the meal.

Outside Oberoi's house, Kiran gives money to some goons and orders them to take Balwinder away.

After the goons leave, Kiran thinks to herself that she will do anything to make Rishi and Malishka’s marriage happen.

Meanwhile in the living room, seeing Lakshmi sitting on the dining table, Neelam walks away from there as she thinks Lakshmi is the main culprit.

After dinner, Kiran orders Malishka not to mess up this plan.

At the same time, Neha enters the room and informs them about Rishi sleeping in the living room.

Hearing this, Malishka goes to the living room and offers Rishi a head massage.

Because of the head massage, Rishi falls asleep quickly.

In Lakshmi’s room, Lakshmi is worried for Rishi’s safety.

© Copyright tellybest.com, 2022, 2023. All Rights Reserved. Unauthorized use and/or duplication of any material from tellybest.com without written permission is strictly prohibited.
Cached Saved on: Wednesday 25th of January 2023 05:51:32 PMCached Disp on: Sunday 5th of February 2023 12:17:42 PM