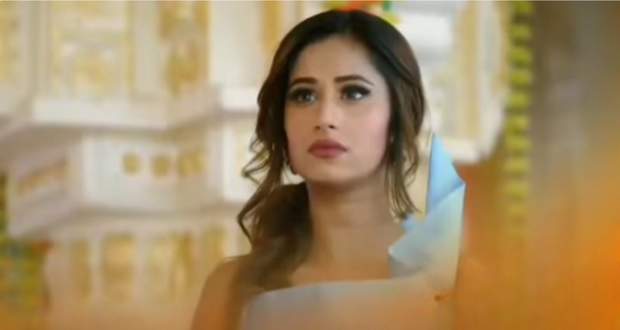 Hearing this, Shalu recites the whole situation and after listening to this, Lakshmi lovingly tells Shalu that Bani just misses their parents.

Shalu tells Lakshmi that they are very lucky for having Lakshmi as their big sister.

Lakshmi then tells Shalu that Bani is very reserved so they need to take care of her more.

Further, Shalu asks Lakshmi to leave as it is getting late and assures her that they will be fine.

Later when Lakshmi is leaving, she notices Neha pouring a glass of water. She warns Neha that if she repeats the same thing then she will hit her next time in front of Rano.

Hearing this, Neha arrogantly advises Lakshmi to focus on her own married life so she can stop the divorce.

However, Rano stops her from saying anything further and when Neha asks her the reason, she reveals that she also does not want Lakshmi and Rishi’s divorce.

Shalu and Neha also join Rano in her rant about Malishka. Lakshmi then calms them down and even tells them that now she has a good reason to be with Rishi.

On the other hand, in the Oberoi mansion, listening to Karishma’s worries, Virendra announces that now Rishi has to choose whether he wants to stay with Lakshmi or his family.

After Virendra walks away, Karishma and Kiran rejoice as now Lakshmi will face the consequences of Virendra’s anger.

Later, Harleen approaches Karishma and tells her that they need to celebrate as Rishi’s child is more important than their anger toward Lakshmi.

During their conversation, Gautam enters the house and asks them if he can take Ahana for a house tour the next day while she shyly says yes.

Later, Rishi gets drunk and Ayush takes him to his room where Rishi unconsciously tells him that he is happy.

When Lakshmi enters the gate of the Oberoi mansion, Malishka approaches her and shouts at her claiming that she is nothing compared to her. She even asks her to show the places Rishi has touched her.

At the same time, after hearing about Rishi’s happiness, Ayush confesses that he also wants to be happy for her.

On the other hand, Lakshmi then starts pointing to the exact places where Rishi has touched her with love.