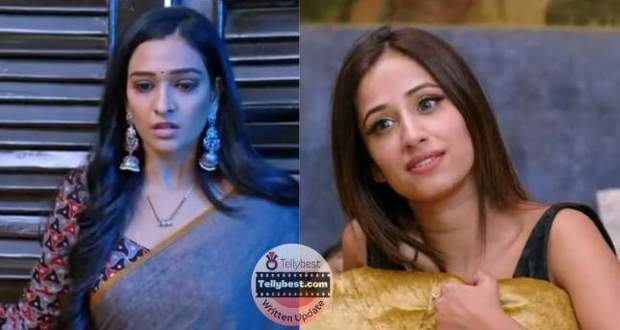 Today's Bhagya Lakshmi 19th December 2022 episode starts with Virendra arriving in the hall and questioning Rishi about why he is looking sad.

He further questions Rishi about Lakshmi since he thought Lakshmi is with him but Rishi walks away without answering.

After Rishi walks away, Ayush tells Virendra that Rishi must be stressed about the court hearing, and Virendra announces Rishi and Lakshmi will never separate.

Ayush even questions Virendra what if Rishi is worried about Neelam and Virendra also gets tensed.

Meanwhile, when Rishi enters the room, he gets surprised to see the bed tidy and Lakshmi sitting on the floor.

Looking at a cut on Lakshmi’s forehead, Rishi starts dressing the wound but recalling Rishi and Malishka wrapped in each other arms, Lakshmi pushes his hand away forcefully.

Lakshmi even starts pacing in the room and noticing Rishi’s wound on his palm, Lakshmi starts putting ointment while Rishi thinks he has betrayed Lakshmi but yet she is gentle with him.

On the other hand, in Malishka’s home, Malishka and Sonal are jumping in excitement as their plan has succeeded.

When Sonal expresses she wants to see Lakshmi and Rishi’s faces while they interact with each other as it will be soothing for her, Malishka tells her it will soul pleasing for her.

While Malishka and Sonal are busy planning Malishka’s dream wedding with Rishi, Kiran arrives there.

In the meantime, in the Oberoi mansion, Lakshmi questions Rishi in a cold voice about where he got this cut and Rishi starts stuttering as he does not know how to respond.

Lakshmi further questions Rishi about where he was at last night and Rishi tries to say he went to drop Kiran which angers Lakshmi.

Lakshmi then yells grabbing Rishi’s collar that she knows what he has done while looking at him with fierce eyes.

While Rishi looks at her with upset eyes, Lakshmi screams in a tear-choked voice that she went to save Rishi as she thought Rishi must be in danger but instead she only found him in bed with Malishka.

Rishi tries to apologize feeling ashamed of himself but Lakshmi questions him about what he would do if he found Lakshmi like this.

Lakshmi even accuses Rishi of betraying not only her but Malishka too and Rishi just stares at her.

Hearing Lakshmi’s rude words, Rishi begs her to believe that he does not know how it happened but Lakshmi blames Rishi for breaking her trust.

Rishi’s heart breaks seeing Lakshmi with this much anger and he falls at her feet begging her to believe him.

While Lakshmi just looks at Rishi with tears in her eyes, Rishi grabs Lakshmi's hand and starts hitting himself.

He even pleads with Lakshmi to punish him for this sin but Lakshmi does not respond.

On the other hand, in Malishka’s home, Kiran orders Sonal to leave, and looking sternly at Malishka, Kiran also urges her to stay within her limit otherwise she will reveal the truth to Rishi.

After Kiran walks away, Sonal tells Malishka that from now on Kiran will not help her with any evil plans.

Meanwhile, in the Oberoi mansion, Rishi embraces Lakshmi in a hug and urges her to express her fury who just whispers that Rishi does not belong to her anymore while the cloud rumbles loudly outside the house.

© Copyright tellybest.com, 2022, 2023. All Rights Reserved. Unauthorized use and/or duplication of any material from tellybest.com without written permission is strictly prohibited.
Cached Saved on: Wednesday 25th of January 2023 03:51:07 PMCached Disp on: Monday 6th of February 2023 06:09:11 AM