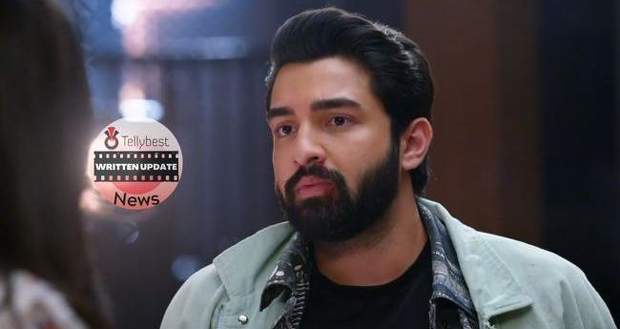 Today's Bhagya Lakshmi 19th September 2022 episode starts with Malishka searching for Rishi and finds him in the courtroom tied with rope, standing on the bar of chilled ice and ready to be hanged.

She taunts Lakshmi and asks her to save Rishi.

Malishka weeps seeing Rishi in such a critical situation.

Lakshmi again pleads to Monish to let Rishi and his family leave and shoot her in return.

However, Monish makes fun by saying it looks entertaining watching one hero with two heroines.

Outside of the court, ACP feels helpless and wants to kill terrorists who create disaster in the lives of citizens.

Monish calls ACP and gives him threat of Rishi’s life in danger but ACP in return asks for some more time to investigate his demands.

Monish warns to make things quicker as his patience is going to end soon.

Everyone is tensed seeing Rishi’s unbearable situation and his life at stake.

Meanwhile, ACP informs the Commissioner about Monish’s warning of sending a dead body every five minutes if his demands are taking long to accept.

At the same time, Media overhears ACP’s talk and tries to leak the news.

Devika is broken hearing the news about Rishi and starts weeping.

Meanwhile, Monish boils in anger and terrorizes that in spite of his acceptance of demands, he will kill Rishi at any cost as this will be the punishment of pointing a gun at Monish.

Malishka hearing this fumes in anger and throws a box at Monish which angers him more.

Lakshmi defends Malishka to Monish’s surprise and she explains that she can’t see anyone in trouble.

Ayush tries to convince the Judge of Lakshmi’s innocence as she can never even think to harm anyone by poisoning and urges the Judge to reprimand his decision now itself.

Monish tries to ignite fire around Rishi to make the ice melt faster so that Rishi gets hung to his death.

Ayush tries to accuse Malishka for making Monish angrier but Karishma and Neelam deny and accuse Lakshmi of all the mishappenings.

Meanwhile, Harleen prays Ganpati to save her family while the fire fumes around Rishi causing uneasiness around his neck.

At the same time, Harleen finds a stone landed near his feet wrapped with an image of Rishi’s current hanging situation with a threat letter which makes Harleen unmanageable to handle.

However, Lakshmi goes to help Rishi by putting his legs on her shoulders.