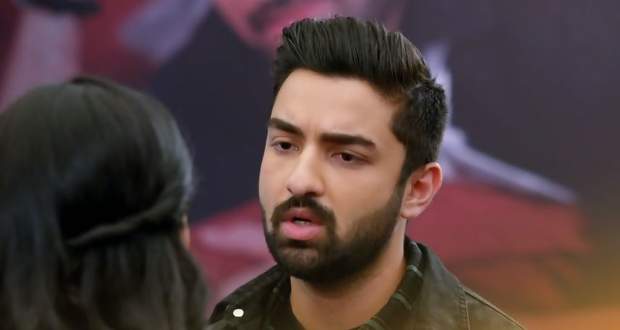 Today's Bhagya Lakshmi 20th May 2022 episode starts with Malishka being extremely delighted to see the ring chosen for her.

Further, Malishka chooses a ring for Rishi as she does not like the one he chooses for himself.

Later, when Rishi enters his room, he asks Lakshmi why is she so silent.

When Lakshmi walks away, Rishi holds her hand.

Lakshmi thinks many things in her head and Rishi speaks the same things.

Before Lakshmi believes Rishi's words, Rishi says that she has become predictable and it bores him.

Further, Rishi gives Lakshmi a 'Thank You' note and brags about it being a very precious thing.

However, Lakshmi tears and throws the note away.

When Rishi keeps accusing Lakshmi that she only wants money, Lakshmi walks closer to Rishi and asks Rishi to read her eyes.

Rishi says that Lakshmi's eyes describe her honesty but it's a lie.

At the same time, Sonia arrives there and asks Rishi to get ready for the engagement.

Lakshmi tries on the ring selected for Malishka which gets stuck in her finger.

In the meantime, Rano is excited to go to Rishi's engagement as it may be their last prestigious party.

However, Shalu is planning to break Rishi's engagement with Malishka.

Meanwhile, Rishi helps Lakshmi remove the ring but she gets hurt.

Rishi says that Lakshmi has given many bigger wounds to him so they can call it even now.

On the other hand, Malishka finds her parents arguing and asks them to stay calm for a day.

At the Oberoi mansion, Rishi's description as an explanation for getting engaged while he is married revolves around Lakshmi.

So, Virendra asks Rishi to focus on Malishka instead of Lakshmi.

Later, Ayush can clearly see that more than Malishka, Lakshmi's presence is important for Rishi as he is getting engaged just to hurt Lakshmi.