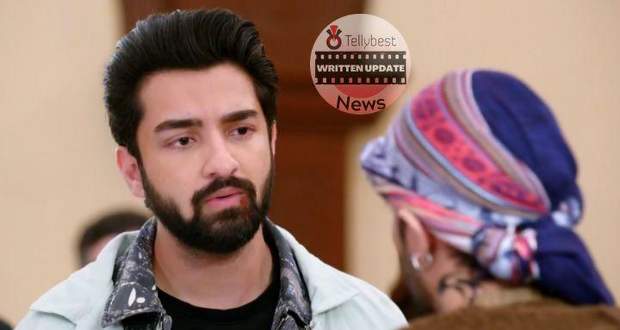 Today's Bhagya Lakshmi 20th September 2022 episode starts with Lakshmi and Rishi arguing with each other on who should live while Munish gets angry with them and tells them both to shut up.

Meanwhile, the DSP goes to the governor's office and gets signatures on some documents after showing him the picture of the three terrorists that Munish wants as a part of his demand.

Further, the DSP calls ACP and they talk about their plan of killing the three terrorists at night while making Munish think that his demands are being met.

The ACP tells Munish that his demands are being met about the three terrorists being released and tells him to let the hostages go.

Back inside the court, Munish tells everyone that he will gift them with Rishi and Lakshmi's death before they all can be set free and points the gun toward them.

However, both Rishi and Lakshmi tell Munish to kill them first and not the other which makes Munish angry.

He removes three bullets from the revolver and says that they will test Lakshmi's Bhagya.

Lakshmi does not get shot from all the three times Munish fired the revolver and tells her that her Bhagya is very much working.

At the same time, Malishka convinces Aayush and Shalu to form a plan to escape from there so that they can save everyone else including Rishi and Lakshmi.

Further, Aayush thinks to blindfold everyone and the people start tearing small pieces of their clothes to make a ribbon to be used to blindfold people.

Rishi notices them and distracts Munish while Aayush and others attack and blindfold all the terrorists to beat them up.

Rishi also manages to free himself and starts beating up Munish.

However, Monish manages to free himself and points a gun toward Rishi while Rishi also takes a hold of a gun from the ground and points it toward Munish.

Monish laughs as he reveals that Rishi's gun does not have any bullet in it while Virendra kicks a gun towards Lakshmi who picks it up and aims it at Munish.

Rishi and others encourage Lakshmi to pull the trigger when suddenly the police and swat team arrive there and arrest Munish.

Virendra and Neelam slap Munish while he calls Rishi unlucky.

However, Lakshmi gets furious at that and slaps Munish saying that no one is unlucky as they are all made by God.