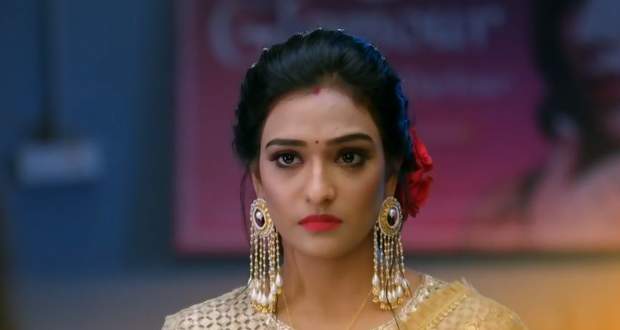 Today's Bhagya Lakshmi 21st May 2022 episode starts with Rishi searching for Lakshmi in the room.

After shouting out for Lakshmi for a long time, Rishi realizes that she is not in the room.

So, Rishi decides to call her.

When Rano asks her the reason for returning, Lakshmi says that she was feeling weird at the Oberoi mansion.

Rano does not stay back from taunting and says that though Rishi is her husband, he won't be anymore after he gets engaged to Malishka.

Not being able to hear bad about Rishi, Lakshmi takes a stand for him.

Rishi starts scolding Lakshmi for being missing just with the intention of troubling him.

Further, Rishi says that he does not care for Lakshmi and does even bother to know where she is.

Rishi is unaware whether he is saying this to Lakshmi or himself.

So, Lakshmi asks him the reason for calling her.

Changing the topic, Rishi asks Lakshmi to come to the Oberoi mansion because he wants her to watch him get engaged to Malishka.

After disconnecting the call, Lakshmi asks Rano to get dressed again as they are going to attend Rishi's engagement.

Meanwhile, Malishka and her family arrive at the Oberoi mansion.

Later, Virendra and Malishka's father Abhay get into a conversation where they agree to be dominated by their wives.

When Abhay mentions that he once wanted Malishka to say yes to Viraj and get married to him instead of Rishi, he finds Virendra lost in some thoughts.