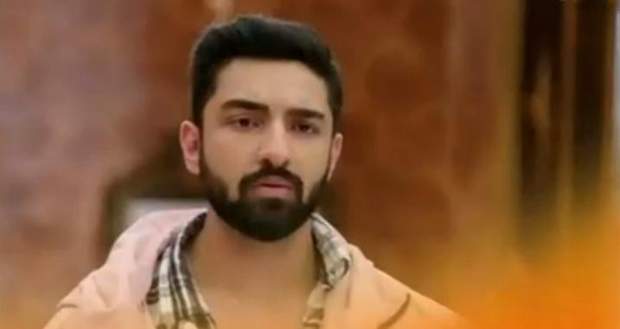 When Malishka starts flexing about her and Rishi’s closeness, Lakshmi simply informs them about Gautam’s parents’ arrival and walks away from there.

While discussing the engagement plan for the next day, Mr. Guzral announces that no house can function without a daughter-in-law.

Hearing this, Neelam indirectly taunts Lakshmi by saying that not everyone is blessed with a good daughter-in-law.

Afterward, when Mrs. Guzral asks if Rishi and Lakshmi are going somewhere, Rishi lies that they have a very important meeting to attend.

Hearing this, upset Mr. Guzral asks Lakshmi if she can make sweets for them during the engagement but Neelam orders Lakshmi and Rishi to leave.

Before leaving, Lakshmi kneels and takes blessings from Harleen and Virendra.

While walking, Lakshmi and Rishi are interrupted by Malishka who announces that she will go with him but Rishi stops her by saying that this is not a game anymore.

Later outside, Ahana urges Lakshmi to spill the truth to the whole family but Lakshmi stops her by saying that she needs to talk to Gautam’s parents first.

She even declines to tell Rishi and upset Ahana walks away.

Later while on the road, Lakshmi and Rishi spend some time with each other but Rishi asks Lakshmi if the baby belongs to someone.

Instead of answering, Lakshmi asks Rishi if he trusts her and they get into an argument.

Elsewhere, Malishka expresses her concern over the divorce and Neelam is also worried now.

At the same time, during a red light, Lakshmi buys a lucky plant from a buyer much to Rishi’s shock, and Malishka talks to someone on the phone and gets excited after planning something.

Later in the court, Rishi and Lakshmi collide with a newlywed couple who ask them to click their pictures and get even more upset about the divorce.