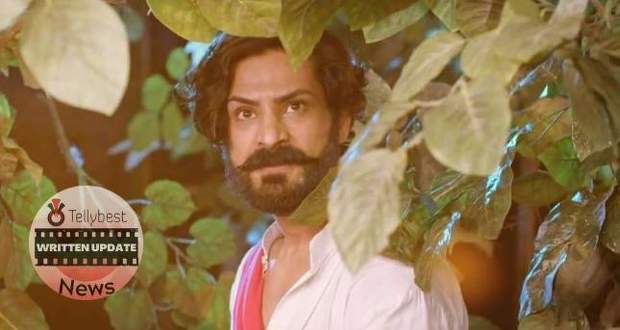 Today's Bhagya Lakshmi 23rd October 2022 episode starts with Virendra trying to thank Lakshmi for saving Rishi but Lakshmi stops him by announcing she has fulfilled her responsibility.

Harleen tells Lakshmi that it is her love for Rishi while Neelam orders Lakshmi not to think she loves Rishi.

Hearing this, Virendra urges Neelam to stop but she yells that she needs to remind Lakshmi about her position in this house.

Neelam even questions Lakshmi about how she learned about Rishi’s situation and Lakshmi narrates how she found an unconscious worker who informed her about Rishi but she does not know the kidnapper's name.

Rishi, listening to Lakshmi’s story, feels guilty for not informing Neelam about Balwinder.

Meanwhile, during the driving, Ayush, Shalu, and Lakshmi question Rishi why he did not reveal Balwinder’s name to the family.

Rishi announces in frustration that it was his own decision so they should respect it.

Later, Balwinder expresses his worry about Rishi thinking the same way as him.

Rishi punches Balwinder in the face when he opens the door to run.

Before Balwinder can register what is happening, Rishi punches him again.

Ayush also starts beating Guudu and orders him to spill why he was at the Oberoi hotel but Guddu denies it by announcing that he will not backstab his best friend Balwinder.

Meanwhile, Rishi puts Balwinder’s head on the table forcefully and orders him to reveal the truth but Balwinder stays silent.

He even throws Balwinder near Lakshmi’s feat and Lakshmi starts slapping him aggressively while questioning him why he tried to kill Rishi.

Balwinder yells that he loves Lakshmi and wants to be with her.

In the meantime, worried Malishka finds Rishi’s room empty and calls Balwinder to warn him.

On the other hand, Lakshmi hears Balwinder’s phone ringing and goes to pick it up as she thinks it is Malishka.

Lakshmi’s face falls as she realizes it was the wrong number only.

Meanwhile, in the Oberoi mansion, Karishma calls Malishka from behind and questions why she is here now and Malishka lies that she is worried about Rishi so she is here to talk to him.

Elsewhere, Balwinder pretends to fall unconscious and while Rishi, Shalu, Lakshmi, and Ayush are discussing about sending Balwinder to jail, he runs away with Guddu.

Rishi and Ayush try to follow them but Lakshmi falls on the road and Rishi carries her in his arm.

Looking at Rishi and Lakshmi, Ayush urges Shalu to get into his arms but Shalu denies it.

Later, Lakshmi and Rishi get into a banter because Rishi compares Lakshmi’s figure with Malishka.

© Copyright tellybest.com, 2022, 2023. All Rights Reserved. Unauthorized use and/or duplication of any material from tellybest.com without written permission is strictly prohibited.
Cached Saved on: Monday 21st of November 2022 08:04:45 AMCached Disp on: Thursday 1st of December 2022 11:51:33 AM