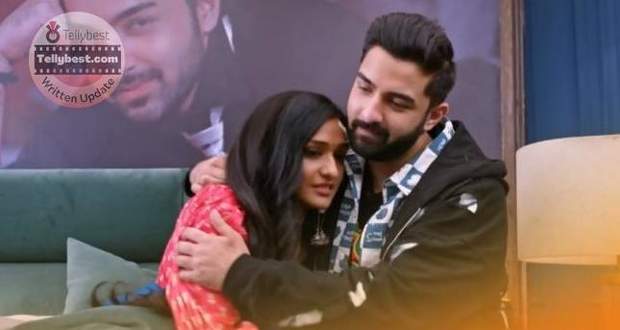 Today's Bhagya Lakshmi 26th November 2022 episode starts with Rishi telling Ayush that he knows Malishka will never do this.

Ayush, however, informs Rishi that Malishka is the one who will get benefited today but Rishi denies it by announcing that if this is the case then he will not marry Malishka.

On the one hand, Rishi informs Ayush that they need to start their quest from the bar as Lakshmi got the call from there; on the other hand, Ayush thinks if Balwinder is not the villain then Malishka must be the one.

Meanwhile, Kiran pleads with Malishka to stop her stupid act now but overconfident Malishka yells that either Lakshmi or she will go to jail.

She further adds that she will never go to jail and upset Kiran cuts the call.

Afterwards, even Balwinder tries to change Malishka’s mind but she glares at him and tells him to shut up.

Later Ayush calls Shalu and tells her that tomorrow everything will be alright because Rishi will do anything to get Lakshmi free from allegations.

After a while, Ayush flirts with Shalu but she pretends innocent and wishes him good night.

Meanwhile, Rishi and Laxmi are discussing Malishka and praise each other for thinking about Malishka’s well-being.

The next day, Rishi and Ayush come to the club to see CCTV footage however they find nothing.

Meanwhile, Malishka resolves to not let Lakshmi win at any cost.

Later, Balwinder hides seeing Lakshmi while Rishi and Ayush come out from the club.

After a while, Balwinder wears Black Burka to cover himself and walks in front of Lakshmi and Rishi to leave in an auto.

At the same time, Ayush goes to investigate nearby garages to ask about the car.

While brainstorming Ayush concludes that the person who kidnapped Lakshmi is the same person who now has Malishka and wonders where to find the car.

Later, Kiran and Abhay feel helpless at Malishka’s stubbornness while Kiran tells him that until Rishi believes in Malishka, they cannot separate Lakshmi from Rishi.

In the meantime, the constable tells the police to arrest Lakshmi and investigate her sternly while insinuating that Ayush is also involved with Lakshmi.

Elsewhere, Malishka is happily waiting for Lakshmi to get arrested so that she can take advantage of her situation and tells her to save herself if she can.

Meanwhile, Lakshmi is worried about not getting any proof to prove her innocence.

After a while, Lakshmi recognises the kidnapper's car and tells Rishi that they should follow the car first to get to Malishka.

Lakshmi hides inside the car’s dikki so that they do not lose the car.

© Copyright tellybest.com, 2022, 2023. All Rights Reserved. Unauthorized use and/or duplication of any material from tellybest.com without written permission is strictly prohibited.
Cached Saved on: Friday 25th of November 2022 11:55:54 PMCached Disp on: Tuesday 6th of December 2022 11:56:25 AM