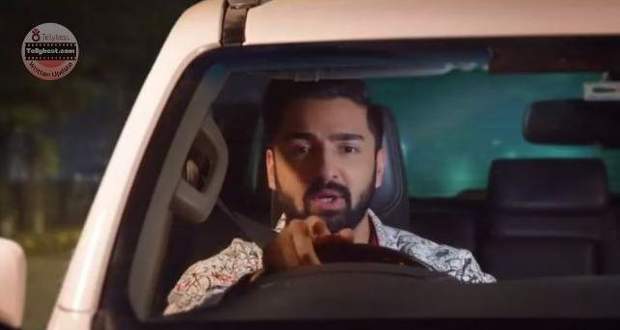 Today's Bhagya Lakshmi 29th November 2022 episode starts with a flashback showing Kiran telling Malishka that she is sure if Malishka continues her plan, she will drift apart from Rishi.

Back in the present, Kiran orders the police officer to catch Lakshmi as she is sure Lakshmi has kidnapped Malishka.

Meanwhile, Rishi and Lakshmi arrive there at the same time and Rishi announces that Lakshmi has not done this.

Malishka also yells that Lakshmi is not the one who has kidnapped her and when the police officer looks at her with confusion, she announces that she told him that this was a girl but she did not mention Lakshmi’s name.

In the meantime, Rishi informs the police officer that Balwinder is the one who kidnapped Malishka and he further adds that how he found Balwinder near the entrance.

He even tells the police that Balwinder had a Burkha lady who helped him during this.

Kiran then again accuses Lakshmi of kidnapping Malishka since they found Lakshmi’s earing in Malishka’s room but Malishka adds that she is sure Lakshmi is not the one.

After hearing everyone’s side of the story, the police lets Lakshmi go.

Later, when Rishi and Lakshmi arrive at the Oberoi mansion, Rishi happily tells everyone about Mallshka’s gesture of going against her mom to save Lakshmi.

On the other hand, in Malishka’s home, Kiran questions Malishka why she saved Lakshmi to which Malishka replies that she has done it to win Rishi’s trust back.

Frustrated Malishka also announces that she is skeptical that Lakshmi has seen her face and since she has saved her, Lakshmi will be confused.

Meanwhile, in Oberoi's mansion, Lakshmi tells Ayush that she thinks Malishka is the Burkha lady and Ayush assures her that if she thinks then it is possible that Malishka has planned all this to frame Lakshmi.

On the other hand, while Kiran tells Malishka that she hopes Malishka’s plan works and she again gets close to Rishi, Karishma arrives there and questions Malishka why she let go of such a golden opportunity.

Before Malishka can reply, Kiran informs Karishma that Malishka has done this to win Rishi’s trust.

Later, during dinner in the Oberoi mansion, Ayush reveals to everyone about his drunken accident and how Lakshmi helped him to deal with it.

Ayush even apologizes to everyone for his rash decision and Virendra forgives him with a warning.

Rishi who was listening to all this silently gets up from his seat to hug his little brother Ayush.

When Harleen is praising Lakshmi for her kind gestures, Karishma angrily yells that she is unhappy that Ayush did not call his mom.

On the other hand, Malishka tells herself that now Rishi will be drawn toward her because he will feel sympathy for her.

Later while Rishi thinks that he will spend some time with Lakshmi, he gets Malishka’s call who urges him to take her for a long drive and Rishi reluctantly agrees.

© Copyright tellybest.com, 2022, 2023. All Rights Reserved. Unauthorized use and/or duplication of any material from tellybest.com without written permission is strictly prohibited.
Cached Saved on: Thursday 26th of January 2023 06:35:15 AMCached Disp on: Wednesday 1st of February 2023 06:32:10 PM