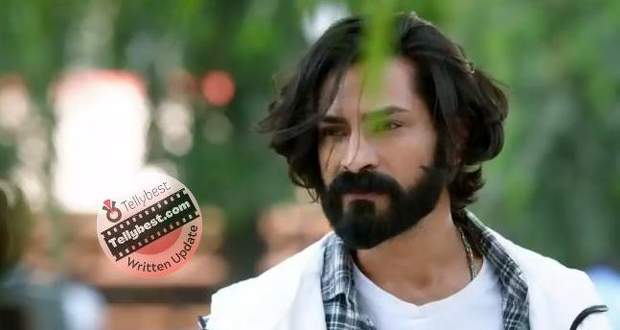 In reply, Neelam tells Kiran that Lakshmi was Rishi’s bad habit so it will take time for Rishi to move on.

Neelam further reminds Kiran about Rishi and Malishka’s marriage and she wants to marry Rishi off to Malishka soon.

Meanwhile, in the Oberoi mansion, Karishma enters Rishi’s room to ask him what happened and sits beside him on the bed.

When Karishma questions Rishi if he is stressed about Lakshmi, Rishi informs her that he is worried for Lakshmi.

Entering the room just then, Malishka and Sonal start trash-talking about Lakshmi which angers Rishi.

Rishi informs everyone that he is at fault, not Lakshmi but once again, Karishma along with Sonal and Malishka calls Lakshmi low-class, illiterate who does not deserve to be with Rishi.

Back in Malishka’s home, Neelam expresses her worry when she notices Kiran’s poker face and Kiran is contemplating whether to tell Neelam the truth about Malishka or not.

In the meantime, in Oberoi's mansion, Karishma orders Rishi not to feel small beside Lakshmi, and Sonal also agrees as she thinks Rishi feels sympathetic towards beggars.

Rishi then yells that Lakshmi is much better than him and that after what he has done to Lakshmi, he does not deserve her.

On the other hand, in Malishka’s home, Kiran happily tells Neelam that she is ready to marry Malishka to Rishi making Neelam grin.

When Kiran questions Neelam if Rishi will agree to the marriage, Neelam replies that he will marry Malishka.

Meanwhile, in Bajwa's house, Lakshmi tells Shalu about Balwinder following him and how Rishi asked Lakshmi to go back with him.

Hearing this, Shalu asks Lakshmi why she did not go with Rishi and Lakshmi replies that she will not go back to the Oberoi mansion.

Rano who has overheard everything tells Lakshmi that she will not let Balwinder come close to her.

Back in Balwinder’s house, Balwinder thinks he will do something in his power to make Lakshmi his so he can celebrate his first night with her.

Meanwhile, in the Oberoi mansion, Karishma asks Malishka if she knows about Rishi’s betrayal. Malishka is about to leave but the servant orders them to come to the hall for Neelam's announcement.

Once everyone comes into the hall, Neelam announces that she wants to marry Rishi to Malishka causing Malishka to smile but Rishi looks shocked.

After numb Rishi walks away, Virendra and Harleen try to change Neelam's mind but Neelam announces that it is already decided.

Feeling disappointed, Harleen and Virendra walk away and when Ayush tries to protest, Karishma orders him to stay silent.

Later, on one hand, Ayush breaks this news to Shalu; on the other hand, Sonal orders Malishka not to worry as Neelam will make Rishi agree to the marriage at any cost.

© Copyright tellybest.com, 2022, 2023. All Rights Reserved. Unauthorized use and/or duplication of any material from tellybest.com without written permission is strictly prohibited.
Cached Saved on: Wednesday 25th of January 2023 04:42:13 PMCached Disp on: Wednesday 1st of February 2023 08:49:15 PM