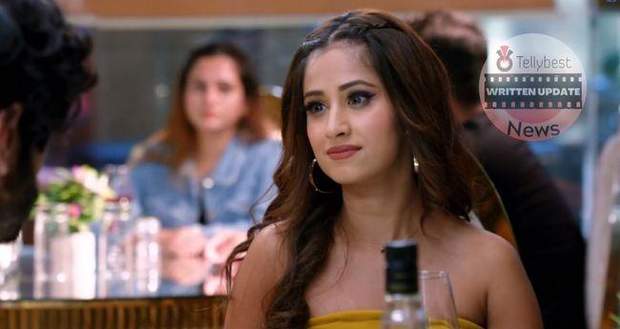 Today's Bhagya Lakshmi 3rd September 2022 episode starts with Dadi saying that Lakshmi is the soul of the house and Virendra agrees by appreciating her in every aspect.

Virendra tells her that he is going to visit Lakshmi and Dadi gets surprised.

Virendra convinces her that he will ask for forgiveness from Neelam if she explodes in anger.

Meanwhile, Aayush goes to drop Shalu when Bani comes and asks about Lakshmi.

They explain that she is fine when suddenly Rano arrives and begins taunting them about the evil deed Lakshmi has done and drowned everyone’s reputation.

Aayush is unable to contain his anger and retorts to her that no matter who says anything about Lakshmi but he will make everyone’s mouth shut and the first one would be her.

Rano gets offended but gets distracted by her phone call whom she thinks is Balvinder and goes away while the three of them laugh at her.

On the other hand, Lakshmi’s cellmate is crying because her husband settled with some other girl after she got jailed.

Lakshmi worries since she doubts that this is Malishka’s conspiracy to get Rishi.

Meanwhile, Virendra comes to visit her and she overwhelms with joy.

Virendra apologizes to her for not coming soon but she only says that it is fine since Rishi has promised her that he will save her.

Lakshmi further tells her that he should not have come if Neelam has ordered him not to help Lakshmi.

Virendra says that even if he was not here but his heart was always with her daughter Lakshmi only.

Lakshmi gives courage and hopes to Virendra and he feels proud of his daughter-in-law.

In Rishi’s office, Mr. Basu comes, and together with Rishi and Aayush, they open the case.

Mr. Basu asks Aayush to tell him the people present in the kitchen that day.

Aayush lists Lakshmi, the chefs, himself, and Malishka.

Mr. Basu asks about Malishka to which they say she is just a friend.

He further demands an interview with the chefs and Aayush gets the preparations done.

One of the chefs tells Mr. Basu that he is surprised by the fact that when all the chefs tasted the food nothing happened to them but the food critics and other customers.

Mr. Basu and Rishi get surprised by the clue and the lawyer concludes that this must be a conspiracy.

Meanwhile, Aayush yells on a phone call about Mukesh’s missing when he bumped into a person.

Ayush apologizes and rushes away but the person says that he must tell Malishka what he heard from Aayush to get a good tip from her.

© Copyright tellybest.com, 2020, 2021. All Rights Reserved. Unauthorized use and/or duplication of any material from tellybest.com without written permission is strictly prohibited.
Cached Saved on: Saturday 1st of October 2022 10:07:15 PMCached Disp on: Wednesday 5th of October 2022 05:43:33 PM