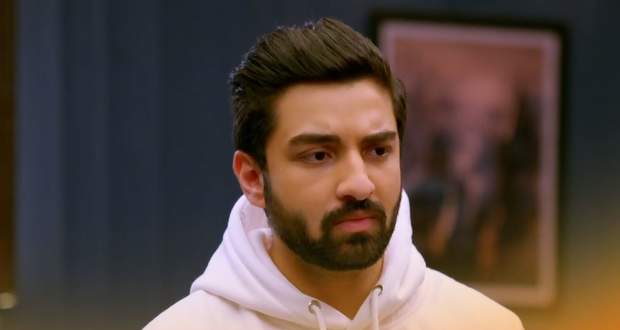 Further, Rishi also says that Lakshmi has the right to call him anytime because they are still married to each other.

On the other hand, Malishka gathers everyone and tells them that she has talked to another priest named Devendranath.

Malishka says that every time Rishi has got into an accident Lakshmi had accompanied him which concludes that Lakshmi isn't his savior instead she is the reason for these mishaps.

The priest supports Malishka's words by saying that the family priest, Badrinath has made a mistake by getting Rishi and Lakshmi married.

Meanwhile, Lakshmi is on the way back to the Oberoi mansion when she sees Rishi.

However, Rishi ignores her thinking that he is just imagining her.

In the meantime, Neelam insists on talking to priest Badrinath which makes Malishka nervous because she had given money to Devendranath to speak lies.

Later, Lakshmi reaches the Oberoi mansion but Neelam stops her from stepping inside.

Manipulated by Malishka and her fake priest's words, Neelam says that she is not Rishi's savior.

Thinking that Neelam is throwing her out in anger, Lakshmi begs to stay with Rishi for his safety.

When Neelam refuses to accept any of Lakshmi's requests, Lakshmi says that she has always been there with Rishi when he needed and she will continue to do so.

Having said this, Lakshmi walks towards Rishi's room with her bag.

With a hurt ego, Neelam throws Lakshmi and her bag out of the Oberoi mansion and slams the door.