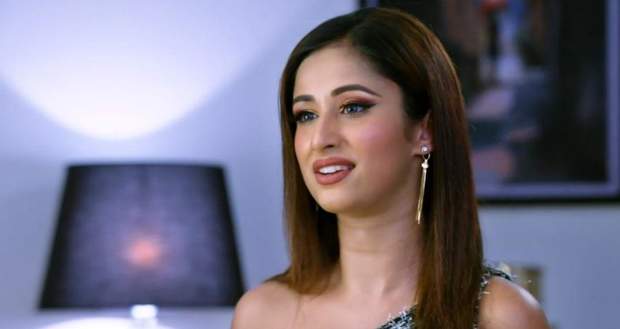 Today's Bhagya Lakshmi 4th May 2022 episode starts with Kiran trying her best to explain to Malishka that if she poses to be Rishi's wife and then gets proved wrong then she may end up being in jail.

However, Malishka is brain dead in anger and wants Rishi out of the jail and away from Lakshmi.

Meanwhile, inside the jail, Lakshmi watches Rishi's head falling as he is sleepy and keeps his head on the support of her shoulder.

After Malishka and Kiran's request to let her meet Rishi is granted, Malishka spots Rishi sleeping on Lakshmi's shoulder.

Further, Malishka tells Kiran that she made a mistake by calling the police by posing as Lakshmi.

In the meantime, when Rishi wakes up, he moves away from Lakshmi but she is already asleep.

As Rishi moved away, Lakshmi stumbles and starts falling asleep.

However, the soft corner in Rishi's heart for Lakshmi makes him keep her head on his shoulder so that she can sleep peacefully.

The next morning, Neelam arrives at the police station.

When Rishi wakes up, he accuses Lakshmi of being the reason he is in jail.

At the same time, the lady officer informs that Malishka had called the police station pretending to be Lakshmi.

Meanwhile, Neelam and others create chaos by saying that Lakshmi is Rishi's wife but Malishka is their would-be wife.

Further, the officer asks Malishka to find a nice guy and get married.

He also congratulates Neelam and Virendra for not getting Rishi married to Malishka because she is crazy.

After Ayush shows the picture of Rishi and Lakshmi's marriage, the officer releases them.