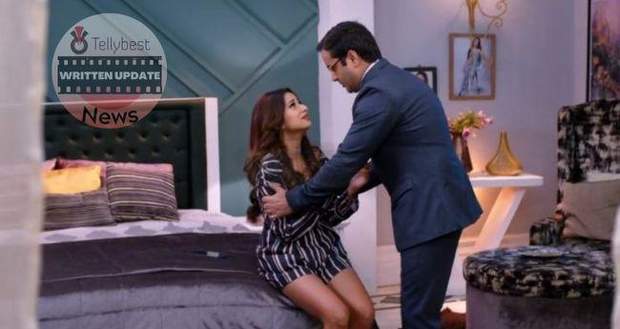 Today's Bhagya Lakshmi 7th September 2022 episode starts with Malishka ranting that Rishi and Lakshmi are only getting closer with time while she is losing.

Abhay calms her down and says that this time he is making sure that they win and Lakshmi does not come out of jail.

Everyone gets settled in the courtroom when Mr. Amod arrives and is greeted by Mr. Basu.

The two lawyers share a sense of self-confidence within themselves and say that today they will decide who wins and who loses.

Neelam comes to Mr. Basu and says that he has to make sure The Oberoi Radiant Brand does not ruin its reputation instead, Lakshmi should be punished as guilty.

Malishka sees a mysterious man and thinks that he is involved in Rishi’s plan.

Therefore, she goes to him and finds out he is Balvindar disguised as someone else.

On Malishka’s questioning, he says he is here to see Lakshmi since she is going to jail after.

Later, Rano comes outside the court to talk to Neha when she sees a disguised Balwinder.

Meanwhile, Lakshmi’s case opens and everyone sees her walking up the stand.

Rishi and Lakshmi make eye contact and Rishi shrugs his head to sign her to not get tensed and to trust him.

Rano sits beside Balwinder and threatens him that if he does not give her money now she is going to expose him in court but Balwinder manages to convince her that he will give her the money later.

Shalu asks Aayush if Lakshmi will be free after this and Aayush convinces her while Shalu gets shy looking at her hands holding those of Aayush’s.

The trial begins and Mr. Amod declares his statements against Lakshmi that she is the one who made the food and poisoned it.

Mr. Basu defends her by objecting that Lakshmi is not responsible for poisoning the food.

Mr. Basu and Mr. Amod have a heated argument in court.

Later, Mr. Basu states that Lakshmi did not make the food but only was there for supervision.

Therefore, the chefs who made the food are at fault.

This triggers Lakshmi’s ethics and she declares that this is a lie, she made the food herself and served it.

Her verdict surprises the listeners and Rishi gets worried about the future.

Suddenly Lunch break bell rings and the judge decides to proceed with the discussion after the break.

Neelam, Karishma, and Malishka talk about Lakshmi’s stupidity and says that a criminal always leaves some hint behind while, Malishka gets happy inside.

On the other hand, Mr. Basu is scolding Lakshmi for telling the truth but Rishi and Virendra come to protect her.

In Virendra’s defence of Lakshmi, Mr. Basu says that they should let him do the job properly and save Lakshmi otherwise, Virendra can find another lawyer.