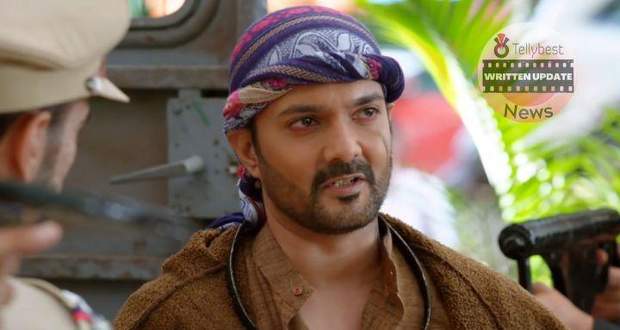 Today's Bhagya Lakshmi 8th September 2022 episode starts with Aayush consoling Shalu and Bani that they will take save Lakshmi since she is innocent and hugs them.

On the other hand, Dadi taunts Karishma and Neelam that she is going in because if they keep badmouthing about Lakshmi she won't be able to resist herself for long.

Neelam leaves shortly after Dadi while Kiran, who was already there, announces that she will give everyone a party on Lakshmi's defeat.

Ahana gets annoyed and leaves while the others get excited about the party.

Meanwhile, Malishka converses with Balwinder and shows her elation since Lakshmi’s game is over.

Balwinder says her not to count the eggs before they hatch.

Later, Shalu thinks she saw someone familiar while it was Balwinder who somehow manages to hide from her.

Rishi says he is proud of Lakshmi's answer even though the case may get difficult.

Virendra asks Mr. Basu if he wants to fight the case for the sake of Lakshmi and her pure heart and Mr. Basu agrees to fight only because of Lakshmi's goodness.

Police come to take Lakshmi back for the hearing.

The trial begins and Mr. Amod states that Lakshmi is responsible for preparing the food which she accepts herself, therefore, she is guilty.

Mr. Basu defends Lakshmi by saying that she is so honest ad truthful that she will sacrifice herself to save the innocents.

Her statement from before is small evidence in itself of her honest and pure heart.

He adds that she must have prepared the food but did not add poison to it.

The person who added poison is on a run and he is none other than a Chef of the Oberoi Hotel, Mukesh.

The judge asks if Mukesh is on run then why hasn’t the police investigated him and found him yet.

Mr. Basu states that he got to know about this recently and thus requests to bail Lakshmi while the police find Mukesh and interrogate him.

Shortly after his statement, Mukesh marks his presence and stands in the witness box.

Rishi and Aayush get worried if Mukesh will speak in or against Lakshmi.

However, on Mr. Basu’s accusation that the food was made by Mukesh and the chefs, Mukesh says that they are the chefs but Lakshmi only did everything.

Everyone gets shocked by this and Rishi closes his eyes in hopelessness.

© Copyright tellybest.com, 2020, 2021. All Rights Reserved. Unauthorized use and/or duplication of any material from tellybest.com without written permission is strictly prohibited.
Cached Saved on: Sunday 2nd of October 2022 12:44:23 PMCached Disp on: Wednesday 5th of October 2022 05:57:27 PM