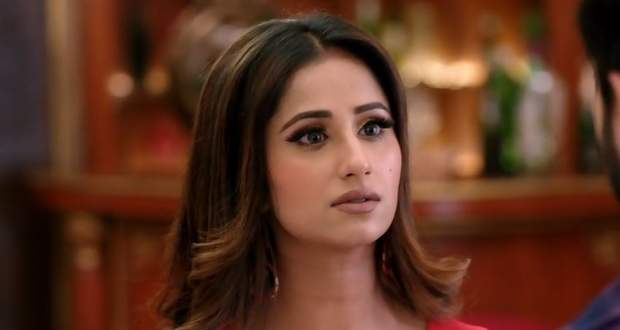 Today's Bhagya Lakshmi 9th April 2022 episode starts with Lakshmi telling Shalu that she will enter the court with Rishi to get separated but they'll come out reunited.

On the other hand, Malishka tells Kiran that she will make sure that everyone forgets forever that some girl named Lakshmi ever existed in their lives.

In the meantime, Ayush sees Rishi restless and goes to talk to him.

Rishi tells Ayush that whatever is happening isn't correct.

Further, while talking to Ayush, Rishi's words show that his ego has been hurt because Lakshmi signed the papers before him.

The next morning, Lakshmi and Rishi arrive at the family court with their family and lawyer.

Virendra and Ayush do not speak to Lakshmi because they are disappointed by her decision to divorce Rishi for alimony.

Later, Rishi also tells Lakshmi that he believed her to be generous and trustworthy however, she proved him wrong.

Inside the court, Rishi's lawyer informs him that the judge assigned to their case gets the divorce completed in a single hearing.

Meanwhile, Lakshmi continuously gazes at Rishi hoping that she is able to save her marriage.

As the judge arrives, she calls upon Rishi to the witness box.

When the judge asks for the reason for the divorce, Rishi says that he and Lakshmi cannot stand each other for more than 5 minutes.

The judge calls Lakshmi to the witness box and repeats her question.

Lakshmi says that Rishi already had Malishka in his life and he never broke up with her then why should she stay with him.

Rishi and Lakshmi continue to argue.

Finally, Rishi accuses Lakshmi of being with him for money.