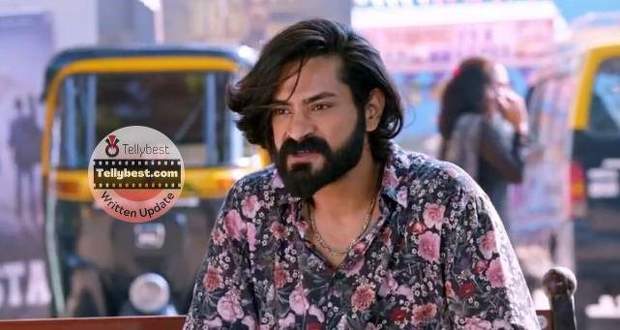 Today's Bhagya Lakshmi 9th January 2023 episode starts with Rishi begging everyone to not drift apart from him as he cannot live without them.

Looking at Harleen, Rishi begs her to talk to Virendra but Harleen expresses her disappointment in Rishi by saying he has ruined the family's reputation despite being the ideal son.

Rishi begs Harleen to give him punishment after falling at her feet while Neelam buries her head in Virendra’s shoulder as she is not able to see Rishi in such a pitiful state.

Meanwhile, in Bajwa's house, Neha emotionally manipulates Lakshmi by urging her to marry Balwinder so she can marry the rich guy.

Neha even tells Lakshmi that since she is divorced she will not get any good match and Balwinder will treat Lakshmi like a queen while Lakshmi sits there in silence.

Rano gets irritated hearing Neha and she tells Lakshmi that she does not need to do what Neha says.

However, sitting near Lakshmi’s feet, Neha pleads with Lakshmi to do this for her happiness since she is also Lakshmi’s sister just like Shalu and Bani with puppy eyes.

After a long silence, Lakshmi announces that no one’s life will be ruined because of her.

Back in Oberoi mansion, Rishi begs Neelam and Virendra both to forgive him while touching their feet but they turn away.

At the same time, Karishma and Ayush help Rishi to stand up but Rishi continues sobbing.

Karishma asks Virendra why he is torturing Rishi for just one mistake as he has already accepted his mistake.

Karishma further justifies Rishi’s mistake by saying that Rishi and Malishka are going to marry very soon so it is not a big deal that he has crossed limits with her.

However, Ayush counterattacks Karishma by yelling that he knows Rishi can never cross his limits which results in his arguing with Karishma.

They stop when Virendra orders them to stop with an angry growl and screams that he will not forgive Rishi pointing a finger at him.

Neelam also yells that she will not be able to forgive Rishi but Karishma begs them to give Rishi one more chance as Rishi is their only son.

Virendra announces that he will not accept a son who does not know how to respect a woman.

When Neelam also announces that she will not forgive Rishi, Karishma reminds her that Rishi is her only son.

It angers Neelam and she announces that now due to Rishi, she cannot even face Kiran.

Meanwhile, in Bajwa's house, Shalu asks Lakshmi is going to remarry for Neha’s happiness and she also adds that Neha will get another guy very soon.

Lakshmi however orders Shalu and Bani to close their mouth and remember that she is older so so she knows better.

Afterward, one by one all the family members walk away and Karishma thinks the only reason to solve this is to arrange Rishi-Malishka’s marriage.

Back in Bajwa's house, Lakshmi informs Shalu and Bani that she will take a decision after thinking rationally.

Later, Balwinder bribes Rano by promising to give her five lacks but Rano orders him to give her money first.

Elsewhere, Ayush brings Rishi to his room, and Rishi orders Ayush to leave.

After Ayush walks away, Rishi starts recalling all the events and he wishes everything to go back to normal.

© Copyright tellybest.com, 2022, 2023. All Rights Reserved. Unauthorized use and/or duplication of any material from tellybest.com without written permission is strictly prohibited.
Cached Saved on: Wednesday 25th of January 2023 12:16:55 PMCached Disp on: Wednesday 1st of February 2023 07:11:21 PM