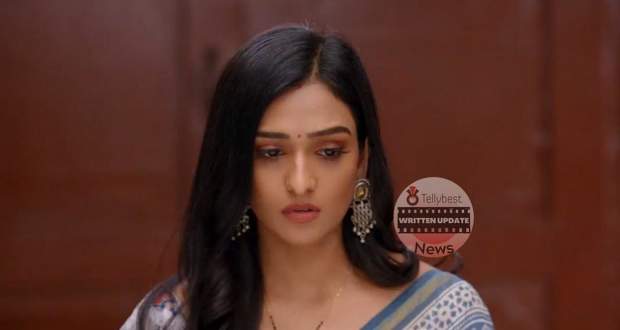 Today's Bhagya Lakshmi 9th September 2022 episode starts with Mukesh stating that they did everything Lakshmi told them to do.

In a flashback, it is shown that Abhay orders Mukesh to be the witness and present statements in exchange for money.

Mr. Amod requests the judge to give Lakshmi a deserving punishment.

Rishi hopelessly decides to leave when Neelam stops him and taunts him if he is going because Lakshmi is going to be punished and he can’t see that.

Lakshmi signs to Aayush to go and check on Rishi and Aayush follows.

He goes out to check on Rishi and tells him to not feel demotivated while Rishi claims to save Lakshmi at any cost.

Malishka overhears their conversation and gets annoyed at Rishi’s words doubting if her plan would fail.

She comes back to find Kiran telling her that she almost missed the big show where the judge will be giving his final judgment and punishing Lakshmi.

Meanwhile, Uday the reporter also joins in the audience to enjoy Lakshmi getting punished and Neelam’s pride being shattered.

The judge is about to tell his verdict when Rishi interrupts and comes forward.

Before standing into the witness box he goes to Lakshmi and tells her that he has promised to take her back and he will.

He begins narrating the history of his hotel about it started and later had to cut costs because of losses.

Mr. Amod interrupts him by saying that he is wasting time in court while the judge tells Mr. Amod to not care about time.

However, he also asks Rishi to say what is important for the case.

Meanwhile, Dadi feels dizzy because she has not eaten anything since morning and had sworn to take Lakshmi back home with her.

Neelam tells her to go back and take some rest but she does not hear.

Later, Virendra tells her to go back to do preparations for Lakshmi’s arrival and she agrees.

Neelam orders Ahana to drop Dadi in the car and to tell the driver to take her home.

Soon after, while Ahana is coming back into the courtroom she notices a guy following her.

Suddenly, she sees Munish being taken somewhere surrounded by many police officers.

Ahana looks at Munish who smirks at her and she gets scared of him and rushes away.

Meanwhile, the judge asks Rishi how his story is related to the case while Ahana keeps thinking about how scary Munish looks.

© Copyright tellybest.com, 2020, 2021. All Rights Reserved. Unauthorized use and/or duplication of any material from tellybest.com without written permission is strictly prohibited.
Cached Saved on: Friday 30th of September 2022 06:37:08 PMCached Disp on: Saturday 1st of October 2022 01:30:27 AM