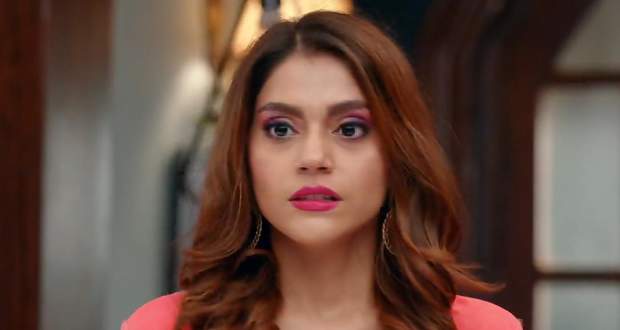 Today's Bhagyalaxmi 12 October 2021 episode starts with Roshi coming home with the family Dadi hugs him after which she and others praise Lakshmi for her bravery while she says that Aayush also helped her.

Elsewhere, Preetam gets happy seeing Lakshmi saving Rishi on the news while Rano comes there and taunts him after which Gurucharan calls them saying that he is coming the next day to meet Lakshmi's Sasural.

Meanwhile, Rishi goes to Malishka who acts upsets with him for letting Lakshmi gig him after which he hits and manages to convince her that he loves only her by promising her.

Aayush overheard them and calls Rishi saying that Neelam is asking for him.

Neelam tells Karishma and Sonia that she is angry at Lakshmi for ignoring her saying but can't say anything due to her bringing back Rishi while Virendra tells the family members that he would like to have Lakshmi make the arrangements for his and Neelam's anniversary party.

Lakshmi comes there and Virendra convinces her to arrange his and Neelam's anniversary party.

Sonia, Karishma, and Malishka plan to sabotage Lakshmi's party arrangements to put her down in front of Virendra while Rishi thinks to buy something for Malishka to cheer her up.

Just then, Lakshmi calls him and he tensed while she jokes with him.