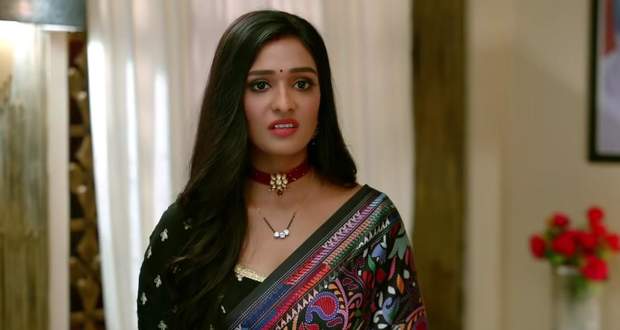 Today's Bhagyalaxmi 13 September 2021 episode starts with Lakshmi swimming towards Rishi and seeing a crocodile attacking him.

Meanwhile, panditji starts pooja at Rishi's house while Neelam and others reach Shimla to search for Rishi.

On the other hand, Lakshmi somehow saves Rishi and gets him out of the water. The crocodile comes back and bites Lakshmi's leg but the people around help her.

At the same time, panditji's pooja gets interrupted as the curtains catch fire. Panditji tells that this is a sign that someone among Rishi and Lakshmi may die.

Meanwhile, Rano tells Neha to focus on Ayush and marry him to be the daughter-in-law of the Oberoi family.

In Shimla, Lakshmi takes Rishi to the hospital where the doctor takes Rishi for surgery. Suddenly, Lakshmi faints and falls on the ground. The doctor tells the nurses to admit Lakshmi as well.