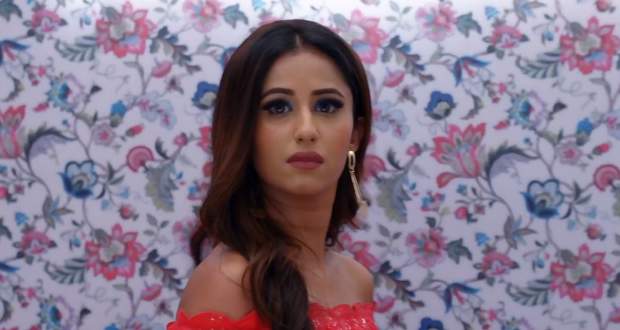 After some time, Viraj and his Dadaji reach Lakshmi's house.

On the other hand, Rishi reaches Malishka's house where Rishi tells her that he has told their parents that he and Malishka have separated.

Rishi asks Malishka to keep it a secret that they are going to get married.

Malishka shows Rishi the bridal dress she bought for herself. Rishi recalls seeing Lakshmi in her bridal outfit and tells Malishka that a bridal outfit must be colorful.

Malishka asks Rishi how would she look in a bridal dress. Rishi imagines Lakshmi at the time of their wedding and says beautiful.

Malishka thinks that Rishi complimented her and hugs him.

Suddenly, Kiran comes there and asks Rishi if they have separated then what is he doing in Malishka's room.

Malishka says that they are just friends now and they leave from there.

Further, Malishka tells Rishi that they'll go to buy another outfit for her like the one he described.

Rishi thinks that the bridal outfit is the most important for a woman with respect to her relationship with her husband and he has learned this from Lakshmi.

Upcoming Bhagyalaxmi episode updates: Rishi and Malishka go shopping without realizing that Lakshmi is at the same shop.