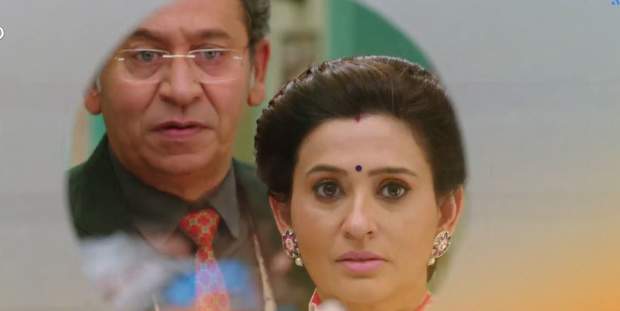 Later, everyone goes to know Lakshmi’s condition. Rishi’s sister and Bua talk about calling someone and informing them about Rishi’s condition.

After some time, Lakshmi again gains consciousness and goes to see Rishi.

In the meantime, a girl goes to visit Rishi. Rishi becomes happy seeing her. Rishi tells her to give him a hug. The girl tells Rishi how much she loves her. Neelam and Virendra see this happening and tell Rishi that this is not right.

Rishi tells them that he loves Malishka and they got him married to Lakshmi. At the same time, everyone comes and is happy to see Rishi well.

Rishi tells that he wishes that this year ends soon so that he can leave Lakshmi and start a new life with Malishka.

On the other hand, Lakshmi’s mangal sutra breaks when she was trying to reach Rishi’s room.