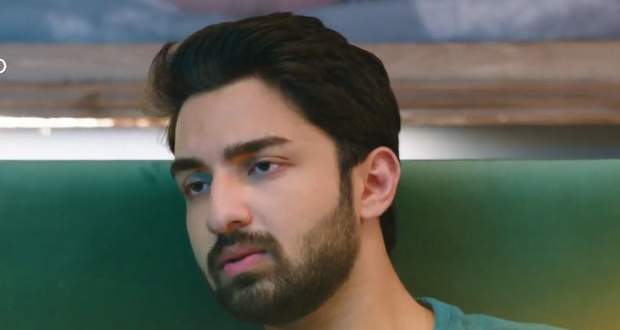 Today's Bhagyalaxmi 17 September 2021 episode starts with Rishi asking Virendra if they have asked the doctor when they can get discharged. He informs that they can leave by evening.

Malishka asks if she can join them. Lakshmi and Rishi invite Malishka to come home.

Everyone reaches home, Virendra calls a doctor for Rishi’s checkup. The doctor informs them that he is fine.

Rishi’s Daadi tells everyone that they should let Rishi rest but Rishi requests Neelam to stay and Rishi sleeps in her lap.

Meanwhile, Karishma asks Malishka why did she allow Rishi to get married to Lakshmi. Malishka tells her that Rishi loves her a lot and he won't cheat her. She also tells Karishma that she wants Rishi to be alive and that's why she let him marry Lakshmi.

Malishka trusts Rishi and tells Karishma that now or later Rishi will be his. Karishma tells Malishka how much she has tried so that no one loves Lakshmi.

Further, Malishka tells Karishma that Rishi agreed to marry Lakshmi as she insisted on him. Karishma tells Malishka to be aware of Lakshmi.