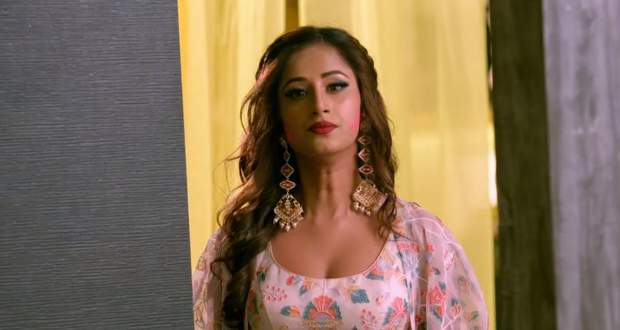 Today's Bhagya Laxmi 18th March 2022 episode starts with Neelam talking the language of Malishka and saying that Lakshmi is trying to exploit Rishi's good nature to return to the Oberoi mansion.

On the other hand, Balwinder's car stops at a signal beside Rishi's car.

While Balwinder and his friends hide their faces from Rishi, Shalu gains consciousness and calls out for Rishi's name after seeing him.

However, Balwinder drives away before Rishi notices.

Realizing that Malishka did this on purpose, Rishi and Malishka get into an argument.

When Malishka doesn't stop mentioning Lakshmi and considers her as a problem, Rishi says that if his and Malishka's relationship ever breaks then its reason would be them, not Lakshmi.

Further, Malishka tells Rishi that Lakshmi has blocked him though the truth is Malishka had blocked Rishi and Lakshmi's numbers from their mobiles.

In the meantime, Balwinder reaches his place with Shalu and ties her up on a chair.

At the Oberoi mansion, Malishka cries her eyes out in front of Sonia and Ahana saying that Rishi will leave her because of Lakshmi.

So, Ahana suggests to Malishka that if she thinks Rishi does not love her then she should separate from Rishi.

Sonia brings Neelam to the room.

When Neelam tries to ask Malishka what happened, Malishka faints because of crying for a long time.

On the other hand, to check whether Malishka was saying the truth, Rishi makes a call to Lakshmi and realizes that he has been blocked.