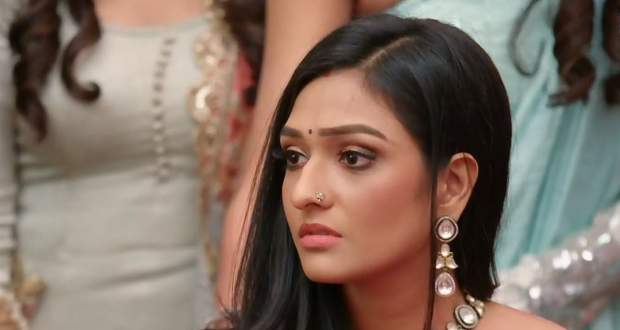 Today's Bhagyalaxmi 18 November 2021 episode starts with everyone looking after Lakshmi. Malishka will be angry as Rishi is paying attention to her.

Karishma will taunt Rishi indirectly saying that Malishka came here to enjoy but ended up getting hurt.

Malishka will insist on leab=ving from there. Viraj goes to find his keys when Rishi goes behind Malishka.

In the garden, Malishka gets angry with Rishi but Rishi tries to tell her that he loves Malishka.

Rishi gets angry saying he is fed up with this fight happening again and again.

On the other hand, Virender and others take Lakshmi to her room. Lakshmi tries to tell him that she is fine.

Virender tells Lakshmi that whenever something happens to Lakshmi he doesn't feel good. Lakshmi sees her own father in Virender and gets emotional.

Rishi goes close to Malishka to kiss her but steps back as he recalls all the good moments he spent with Lakshmi.

At the same time, Viraj comes there with his car. Malishka sits in it and leaves from there.

© Copyright tellybest.com, 2020, 2021. All Rights Reserved. Unauthorized use and/or duplication of any material from tellybest.com without written permission is strictly prohibited.
Cached Saved on: Thursday 20th of January 2022 04:36:55 AM