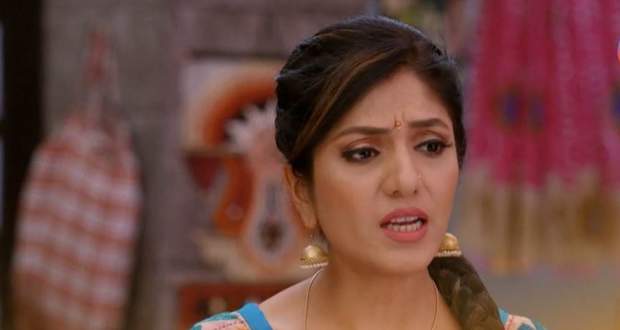 Today's Bhagya Laxmi 21st March 2022 episode starts with Rano talking to Balwinder on the phone while Lakshmi comes to tell her that she is going to inform the police.

Rano asks to call Guddu as well to the Police station.

Meanwhile, Pritam who was listening to Rano gets suspicious and goes to the police station with Lakshmi.

In Neelam's room, Karishma and Neelam are talking about Rishi when Rishi comes to her.

At the same time, Neelam asks Rishi not to take Lakshmi's name as it made Malishka suffer a panic attack.

Later, Neelam worries about making haste in organising Malishka's and Rishi's wedding whereas Karishma instigates Rishi and lies to him while telling him about Lakshmi insulting Neelam.

Afterwards, Rishi gets angry at this news and apologises to Neelam for going through Lakshmi's insulting behaviour.

In the police station, Lakshmi goes to file a complaint about missing Shalu. However, the inspector takes it lightly and asks them to wait for twenty-four hours before filing a complaint.

Lakshmi request the inspector not to wait that long, for anything could happen in between.

However, the inspector mocks Shalu's character which infuriates Lakshmi making her argue with the inspector and leave the police station to search for Shalu herself.

At the godown, Balwinder scolds his companions for taking things lightly after kidnapping Shalu.

While Rano calls Balwinder and tells him about Lakhshmi's fight with the inspector.

After a while, Preetam tells Lakshmi that she has unnecessarily argued with the inspector. He tries to explain to her that people like them can only request police not correct or question them.