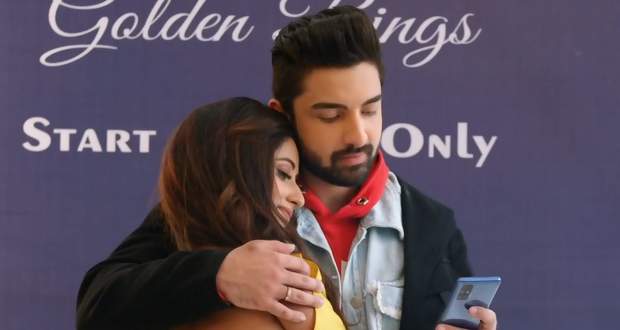 Today's Bhagyalaxmi 20 October 2021 episode starts with Lakshmi coming to check who is behind the pillar while Rishi and Malishka are hiding there.

Rishi and Malishka hide from her under a table and when Lakshmi's phone falls under the table they again somehow do not get caught.

Later, Virendra sees Lakshmi working in the kitchen late at night and informs her that the next day they are going to donate things to the needy ones.

The next morning, Lakshmi feeds Rishi while he works on the laptop. Suddenly, Malishka calls him and asks him to say I Love You and he somehow says it.

On the way to the office, Ayush confronts Rishi that it is not right to have an affair after marriage. Rishi tries to explain to him that he only loves Malishka and there were conditions because of which he had to marry Lakshmi.

Later, a lady comes to the house and invites Lakshmi to come to an inauguration ceremony of a jewelry shop along with Rishi.

On the other hand, Rishi plans to go to the inauguration with Malishka.