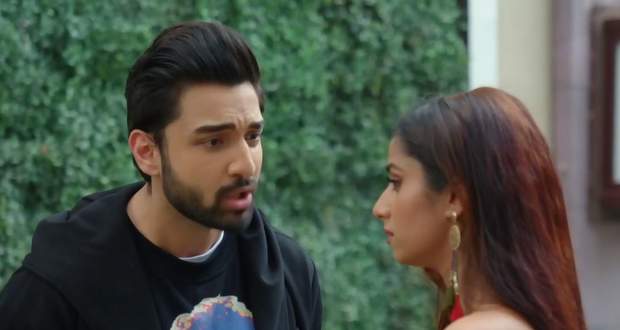 Today's Bhagyalaxmi 23 November 2021 episode starts with Rishi and Malishka having a fight. Rishi throws away Malishka's car keys to make her stop from running away.

Rishi and Malishka get into a big argument after which Rishi tells Malishka that he is feed up of explaining her daily that he loves her.

Further, Rishi gives Malishka back her keys and tells her that he is fine to be on a break with her and leaves from there.

At Oberoi mansion, Lakshmi seals off Shalu from the door when an old poor lady comes there. The lady begs for food for her and her husband who is sick.

Lakshmi brings bags full of cooked and uncooked food and gives them to the lady. The lady gives her blessings to Lakshmi and thanks her.

On the other hand, Kiran explains Malishka that her behavior with Rishi will eventually make Rishi grow closer to Lakshmi.

Neelam tells Karishma that Lakshmi's deed must have brought many blessings for their family and its importance must be known to Karishma.

Karishma goes to her room in anger and decides to ruin Lakshmi's life as Neelam insulted Karishma because of Lakshmi.

Further, Lakshmi prepares milkshake for Karishma like the way she likes and takes it to her room. Lakshmi apologizes to Karishma and says she doesn't even know why Karishma is angry with her.

Karishma says that she doesn't like Lakshmi but everyone else does and Lakshmi should be happy with it.

© Copyright tellybest.com, 2020, 2021. All Rights Reserved. Unauthorized use and/or duplication of any material from tellybest.com without written permission is strictly prohibited.
Cached Saved on: Monday 6th of December 2021 01:36:38 AM