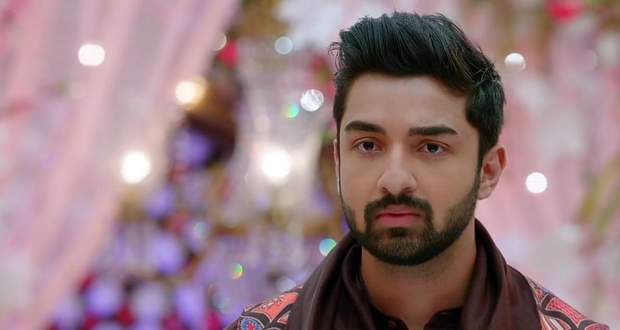 Today's Bhagyalaxmi 23 September 2021 episode starts with Neha hugging Rishi while Malishka separates them and slaps her.

Meanwhile, Rano makes small talk with Mahindra and gets Aayush's information thinking that Neha will rule the Sasural after marriage.

Rishi manages to stop Neha and Malishka from fighting and sends Neha away with the excuse that Malishka is fighting for Lakshmi as she likes her.

Neha leaves the place while Rano and the whole family bid goodbye to Lakshmi and leave.

Later, Rano questions Neha while she reveals the incident in Rishi's room and tells her that Rishi might be having an affair.

Elsewhere, Devika and Ahana praise Lakshmi while Rishi sees her sisters happy and gets happy.

Rishi asks Lakshmi if Neha called her and thinks that Malishka was right about Neha not ratting her out due to her own mistake.

Meanwhile, Neha tells Rano to inform Lakshmi of Rishi's affair with Malishka while Rank tells her to get proof and then inform Lakshmi as she won't doubt Rishi easily.

Neha tells her that she will keep an eye on Rishi during Ganpati Visarjan and will click photos of him and Malishka to show Lakshmi.

Later, Rishi thinks about how to avoid sleeping in the same bed as Lakshmi and acts of falling asleep on the sofa.

She puts a pillow under his head and covers him with a duvet while he admires her with half-closed eyes.