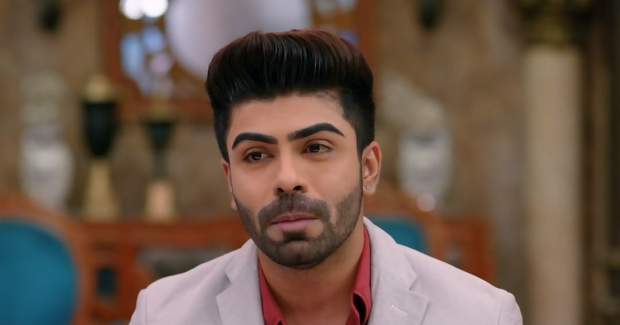 Today's Bhagyalaxmi 25 November 2021 episode starts with everyone enjoying Lakshmi's made sweet dish when Malishka arrives there.

At Rishi's place, Malishka tries to tell something about Viraj, and Rishi and Malishka start arguing.

Lakshmi asks them why are they arguing. So, Malishka tells Lakshmi that she is the reason as Rishi left her because of Lakshmi.

Further, Malishka says that she was in a meeting with Rishi but he left Malishka and came to meet Lakshmi.

At the same time, Viraj comes there and invites everyone to his grandfather's birthday party which is a Bollywood-themed event.

Neelam says that they have to go to a wedding. So, Rishi, Lakshmi, and Ayush will attend the party.

Lakshmi suggests Rishi be Heer-Ranjha for the party. Karishma hears this and plans with Sonia to ruin Lakshmi's Heer dress.

Later, Lakshmi goes to get dressed when she finds out that her dress is ruined. Karishma and Sonia will enjoy their plan's success.

On the other hand, Malishka reaches Viraj's party dressed as Heer to match with Rishi. Viraj is dressed as the Singh of Singh is King. Kiran asks Viraj where is his grandfather.

Meanwhile, Viraj's grandfather comes to the party dressed as a hero. Everyone wishes him for his birthday.

Kiran's ex-husband and Malishka's father walk into the party. Malishka and Kiran will be shocked to see him there.