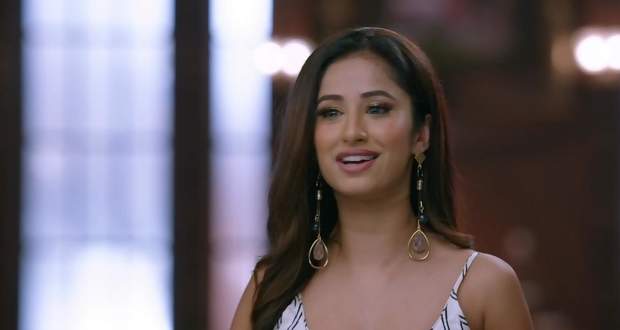 Today's Bhagyalaxmi 29 October 2021 episode starts with Virendar telling Rishi to sit with him for lunch while Rishi reveals that he's keeping a fast which shocks everyone.

Lakshmi feels guilty for doubting him after thinking that he is keeping a fast for her and discusses it with Aayush while Rishi overheard them and thinks that his plan worked.

Elsewhere, Malishka's mother tells her that Rishi should think about only her after which Malishka calls Rishi and tells him to come to her home to break her fast as she has kept the Karvachauth fast for him.

Rishi lies to his family and leaves but Neelam warns him to return before the Moon appears to break Lakshmi's fast.

Meanwhile, Malishka accidentally eats the cake and feels guilty but decides to hide it from Rishi.