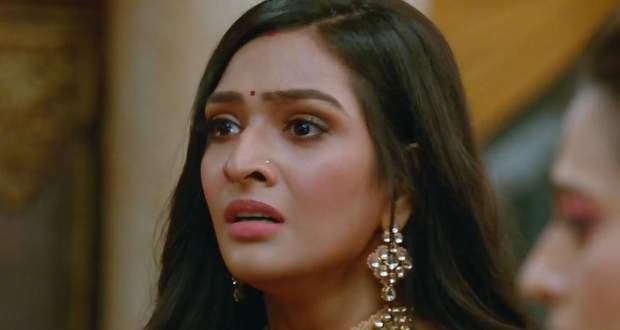 Today's Bhagyalaxmi 2 October 2021 episode starts with Rano calling Lakshmi and taunting her asking what she is going to do now and asking her if she will still support that characterless Rishi.

Rishi overhears her from behind and feels guilty at her trust in him and questions her while she says that she trusts him.

© Copyright tellybest.com, 2020, 2021. All Rights Reserved. Unauthorized use and/or duplication of any material from tellybest.com without written permission is strictly prohibited.
Cached Saved on: Wednesday 19th of January 2022 01:57:48 PM