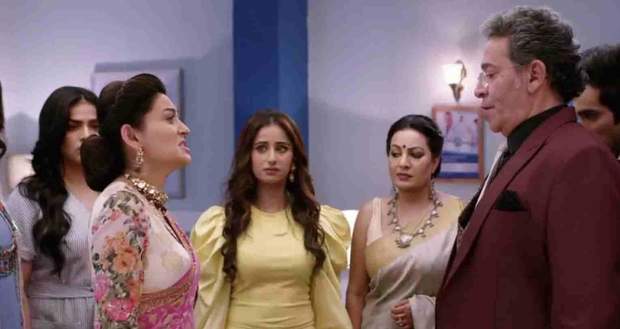 Seeing Rishi lying water-still on the ICU bed, Lakshmi is unable to stop her tears.

Lakshmi sits beside Rishi and says that she really loves him and cannot afford to lose him.

Witnessing the power of fate with her eyes, Lakshmi gets startled to realize that Neelam was right the whole time.

Seeing Rishi opening his eyes, Lakshmi holds his face in her hands and asks him to stay with her.

The nurse arrives there and tells Lakshmi that she has made a miracle by bringing Rishi to consciousness.

However, Lakshmi vanishes from there when Malishka walks into the ICU.

When Lakshmi prays to God at the temple in the hospital, Ayush gets surprised to see her there.

Lakshmi requests Ayush for not informing anyone about her visit to the hospital.

On the other hand, Malishka informs everyone that Rishi came back to consciousness because of her.

However, Rishi says that Lakshmi had come to see him and she is the one who woke him up.

Meanwhile, when Ayush apologizes to Lakshmi for letting Rishi cheat her, she tells Ayush that whatever was written in her fate had to happen.

Further, Lakshmi asks Ayush to keep their conversation in his stomach and not let anyone know about her presence in the hospital.